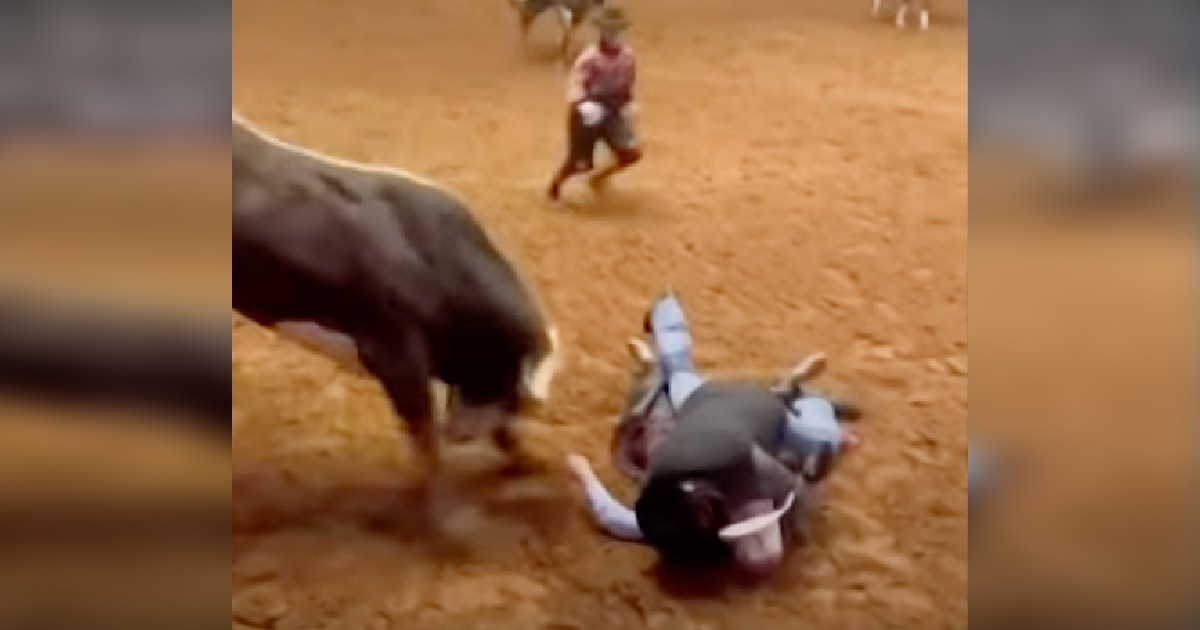 “A father may only be a dad for a little while, but he is a son’s hero forever.” – Unknown

As we grow up, we develop passion, and our talents show up. As parents, we want to see our kids succeed in their fields and be there for them.

We want to see them happy as they pursue their dreams, and right behind them, we stand, guiding them and looking out for them.

They may grow up, but we’re always there for them.

A few months back, Cody Hooks, a young man with big dreams, competed at the Bell County Rodeo in Belton, Texas.

It was a place where cowboys were full of excitement and dreams. The rodeo had competitions, entertainment, and food.

Though, it wasn’t a secret to everyone that this event had its warnings. It was a dangerous sport, after all.

Once that chute opens, along with the cheers, is the danger that awaits the contestant.

According to an interview by KXXV, Jay Taggart, Bell Co. Expo Center Board of Directors said that:

”Bull riding is a very dangerous sport. Those bulls are huge, they have horns, they’re aggressive, and they’re performing. They’re doing everything they can to get that rider off of their back.”

The people who sign up for this sport are all aware of this. Still, no one can stop their drive and passion.

Cody Hooks, 18 years old, is one of the promising bull riders.

He was aware of the dangers of his chosen sport, but he was determined to win. His father, Landis Hooks, came to watch his son compete.

It was the start of another round of bull riding. Cody came out riding his bull, but as soon as they went out, around the third-second mark, Cody fell.

Everything happened so fast. According to Cody, he hit his head with the horn. He fell and became unconscious.

“His horn hit me right behind the ear in that little knockout spot,” said Cody Hooks to KSSV.

Someone came inside to stop the bull, and then we saw Cody’s father, Landis, checking on his son.

The bull was very aggressive, and even if there were two people trying to control the situation, the bull’s eyes were set on Cody. In a split second, he was charging again, this time, aiming at Cody’s neck and head.

But as the bull charged, Landis hugged and covered his son, taking the hit.

If Landis didn’t shield Cody, the bull’s horns would have pierced his neck and head. There was no doubt about it. Landis loved his son and would have done it again if he needed to.

He was a father, after all.

”It’s not the first time he’s done something like that as most people don’t know. He’s done it a couple of times. It’s kind of funny,” said Cody when asked about his dad’s act of love and heroism.

Cody and Landis made full recoveries.

Many asked if Cody would stop bull riding, and to this, he responded,

”Don’t let that stop you, it’s going to happen, be ready for it, it’s coming. One day or another, you can’t get around it. You just got to bear down through it you know. Don’t let go.”

Last February 14, Cody posted an Instagram clip of the entire ordeal, thanking his dad for his love and bravery.