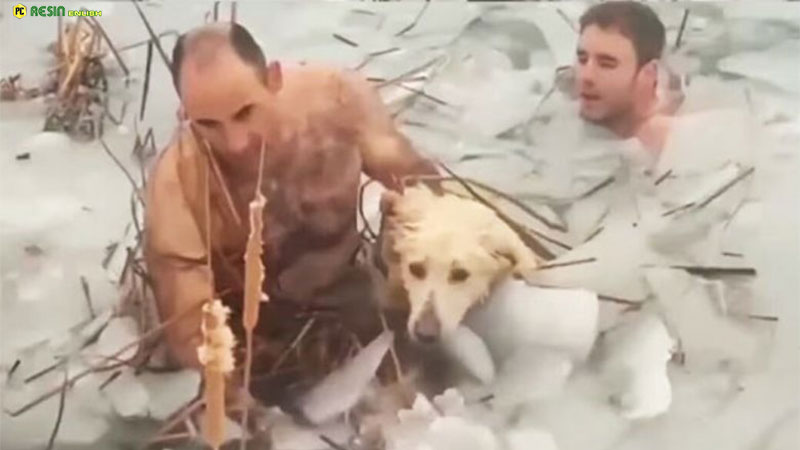 Some people are not worried about their lives, their main concern is the life of the animal, writes pintiks Recently two brave officers swim through icy waters to save the life of a dog that was caught there. The incident took place in Aragon, eastern Spain. Two police without thinking about the cold waters jumped into it and rescued the dog. The task of saving the stranded dog was not an easy one. The reservoir where the dog was trapped was totally frozen. The officers swam through chunks of ice to get to the helpless animal. The area is prone to heavy snow and high winds.

The officers stripped to the waist and successfully reached the dog. After holding the dog, they swam back to the shore. According to the police officers, the dog had been in the water for a long time before they received the information in the morning.

So far there is knowing whether the dog was stray or pet. There is no information as to how the dog got there. Maybe he just walked on the ice and ice broke and he slipped into it. It is also unclear where it is taken now. But one thing is clear that the dog is now safe and rescued safely by the brave officers.

It really requires great courage to enter the freezing water without thinking and rescuing the animal. It is not the work of a coward person. Thank you, officers, for saving the life of the dog.