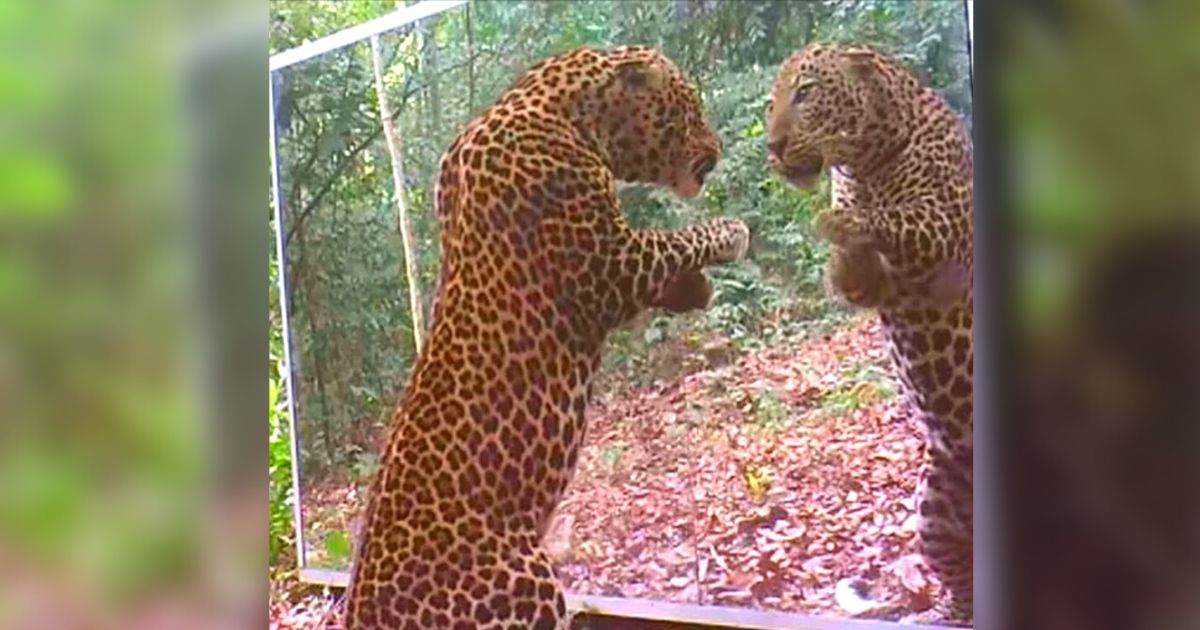 Mirror, mirror on the wall, who’s the silliest of them all?

One thing that separates intelligent animals from lesser ones is their sense of self and their ability to recognize that through self-awareness.

That ability is being tested.

In various experiments, animals have often been exposed to exercises to elicit such reactions.

One is the mirror test.

In a viral video uploaded by CubeHub01, animals show the spectrum of reactions they have when presented with a mirror.

It really did produce some curious results but most of the time, they were just downright hilarious.

The most obvious contender for the most self-aware is dolphins.

In the video, when a pod of dolphins was shown their reflection, they quickly did tricks to see how they look like doing it.

They swam upside down and laughed at their reflection.

Elephants are pretty smart, too.

When they said that elephants are smart, they weren’t kidding.

An elephant quickly tried to see things that I can’t normally see without a reflection like the insides of its mouth.

The same goes for one of the most intelligent species after the human – primates.

When a gorilla saw his reflection in the mirror, he tried to see how tongues work.

Let’s just say that it’s not only humans who do silly faces in front of the mirror.

There are a lot of red herrings when it comes to animal intelligence.

Theories were first thrown out that brain size affects how intelligent animals are.

The sperm whale has the biggest brain which weighs 8 kilograms. However, this puts them at a brain-to-body ratio of 1:5,100 unlike humans and rodents with 1:40.

If a rat is a size of a human, it won’t really act like a ninja teacher living in the sewers with four teenage turtles because it has a smaller cerebral cortex.

Big animals have bigger brains because they have a lot of muscles to map or they need complex operations like predators who need to outwit their prey.

When presented with a mirror, predators hilariously attacked the “ghosts.”

One rule of the forest is never to startle a bear.

So when this bear turned around, it threw its hands up like it was a scene from a scare prank.

Good thing they used polished metal, because a mirror bear wouldn’t stand a chance against these heavyweights.

When a lion saw its reflection, you’d think that it might go and finally appreciate its iconic hairstyle.

And it was back again when he stepped back. Talk about being drunk.

Even the tiniest have fierce reactions.

Squirrels are known to be territorial creatures so when a squirrel saw a “mirror squirrel,” it didn’t even hesitate to barrel straight to a flat surface.

There was a short moment of embarrassment but at least its honor was intact.

There are some exceptions to the rule though.

There’s a cat who anticipated its owner’s moves when it saw a reflection of the human’s hand come closer from behind.

But then again, these are cats, and we believe some of them are actively plotting things just to overthrow us.

Parents of 12 working multiple jobs to support their family get Christmas miracle from stranger
What do you want to get from your Secret Santa?
0 872