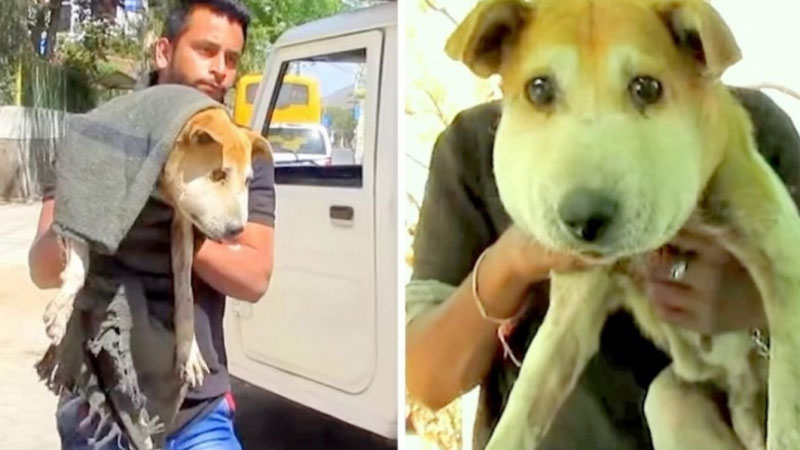 Pauline the dog was found roaming in the streets with an unusually swollen face.

When rescuers of “Animal Aid Unlimited” approached her, she was writhing in pain and seemed delirious. She was deeply scared and wouldn’t let anyone come near her. Seeing Pauline’s need for urgent care, the rescuer blinded her with a blanket, grabbed her and took her to the rescue van. Pauline was terrified when she arrived at the hospital. The vet quickly sedated her and started examining her swollen face and head. They discovered a festered wound on Pauline’s throat that was colonized by an army of maggots. The maggots not only caused the massive swelling, but were also eating her up on the inside and pushing her towards a slow and painful death.

The vet immediately applied medicine to exterminate the maggots. Later, they cleaned up her wound through a grueling procedure. Now that she was free from maggots, they hoped that her wound would start healing soon. Thankfully, Pauline’s swelling subsided within 3 days! Within weeks, she was all healed and running around the sanctuary like the happiest soul on earth. While Pauline’s treatment was unsettling to watch, we are in complete awe of the rescue team and the doctors for their determined efforts to save this sweet girl!