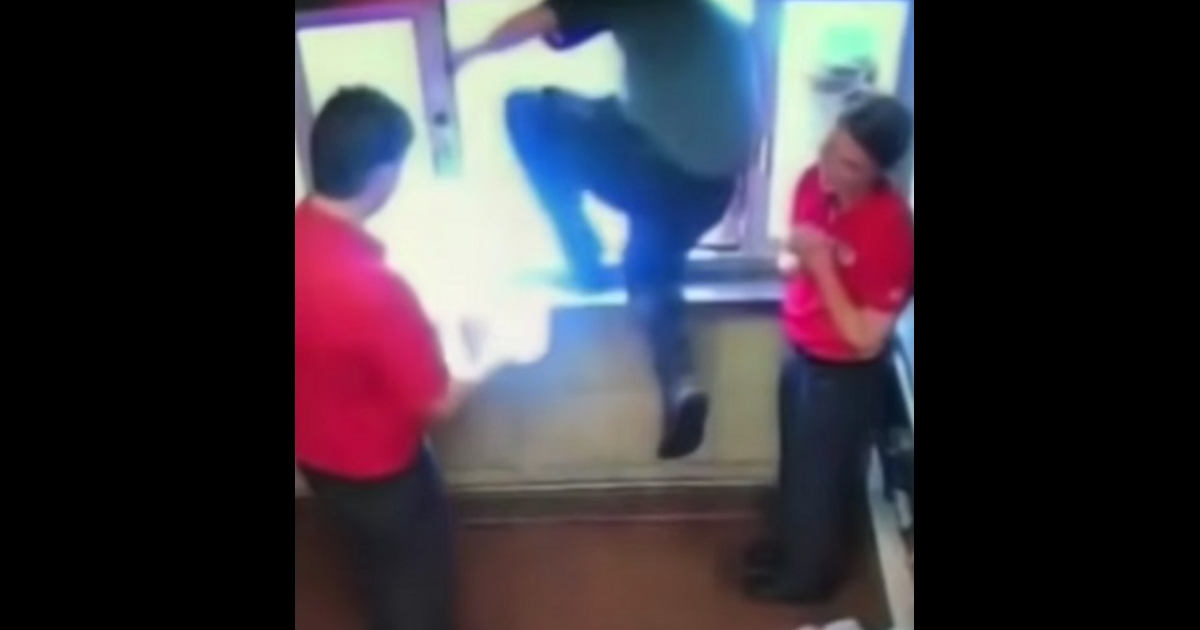 When you head into work, typically you’re expecting a normal day filled with normal duties.

However, you never know when an unexpected situation might have you going above and beyond.

One day, Logan Simmons, a 19-year-old manager at Chick-fil-A, was working at the restaurant’s drive-thru.

Little did he know, he’d end up becoming a hero.

It all started when a car pulled up to the window with a six-year-old choking inside.

With the mother of the child begging for help, Logan knew he had to act fast.

The mother and her child were in their car, and the seatbelt was wrapped around her child’s neck.

In Logan’s mind, there wasn’t anything else to do but to get to that car as fast as he could.

So, he jumped through the drive-thru window, and ran to the car.

The teen shared why he decided to take this course of action.

While sharing his story with WSB-TV 2, he explained:

“I just jumped out the window and ran straight down to the car…I think it was the quickest option. It was right there and I saw the other car right there.”

When he explains it like that, it really does seem logical and brave. He was so focused on helping this child.

Fortunately, Simmons was well equipped for this situation.

Because he was carrying a pocketknife, he was able to quickly intervene.

By pulling it out from his pocket, Simmons could cut the little boy out of his fatal entanglement.

His quick thinking and preparedness were necessary at that moment and makes him a hero.

This all happened without any formal training. Simmons credits his actions with his ability to handle moments of extreme stress.

He believes that what he did that day was purely instinctual combined with his ability to tackle stressful situations.

Apparently, he really didn’t want to make a big deal about how he saved someone’s life that day.

Despite literally saving someone’s life, Logan did not feel the need to broadcast his heroism. As his mother says:

“He’d been home for a couple of hours and he said nonchalantly, ‘I saved a kid’s life today,’ and I was like ‘What?’”

People all over have reacted to his act of heroism.

Some people are using this moment to emphasize Chick-fil-A’s amazing customer service:

“Chik fil a customer service second to none”

While some other commenters are just happy that people like Simmons exist:

Logan is certainly a hero now.

Although he may not have wanted to admit it in the heat of the moment, what he did for that mother and child was a heroic act.

His ability to think quickly and act fast saved that child’s life, and set a good example for everyone who saw it.

In a rare public appearance with his girlfriend Alexandra Grant, Keanu Reeves appears positively radiant.
Actor Keanu Reeves has long been considered to be a
0 131