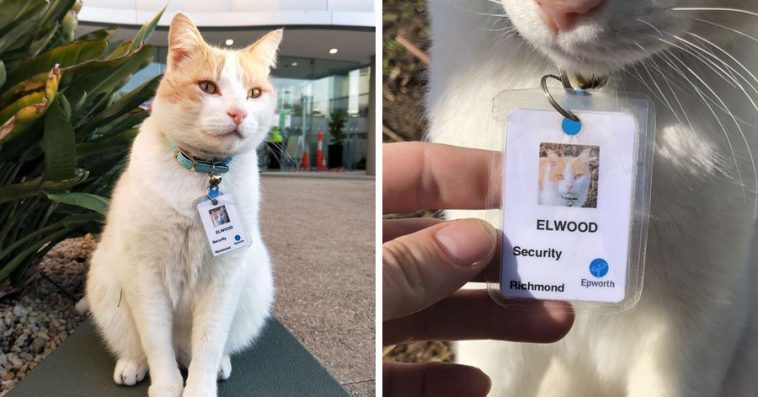 A curious cat named Elwood had been hanging around the hospital in Richmond, Australia for over a year. And soon only roaming near the hospital the cat became the permanent staff member. 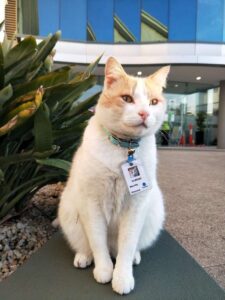 Elwood loved to be near the hospital for no reason. No one knew how this cat appeared there or why he was so attached to the hospital. But one thing that every staff member knew was that the cat wanted to make sure that nothing suspicious was going on around. 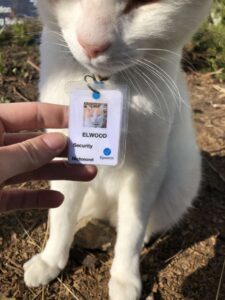 Because of this reason the cat was given his staff badge and was “hired” by the hospital security team. Elwood felt granted as his tireless work finally got its proper response.

The cat sometimes approached the staff and got his usual pets and cuddles. But the whole day he walked around and checked if everything was ok in the surrounding. So the cat performed his role as a guard very accurately.