A cat transformed into a stunning mini lion after removing over two pounds of matted fur. 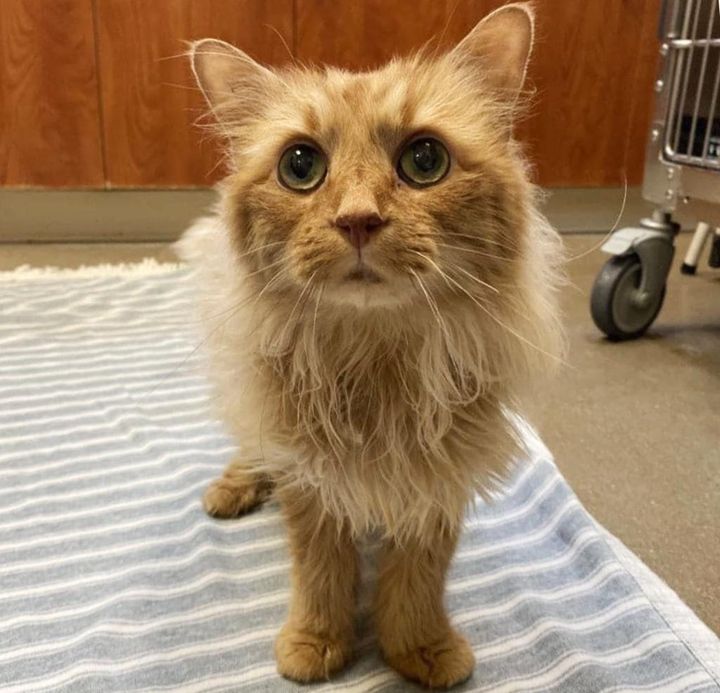 Mattie, an orange cat, was brought into York County SPCA needing a lot of help. He was so severely matted that he had to be transported in a dog crate.

The tabby was spotted outside as a stray in Hanover, Pennsylvania by a community member. “Mattie was the worst matted animal I’ve ever seen in my career. The mats were so large and heavy that it was hard to see where his actual body was,” Dr. Weekes, the York County SPCA Shelter Medical Director said.

Mattie could barely move and was understandably scared and anxious. The medical team immediately began working on him. 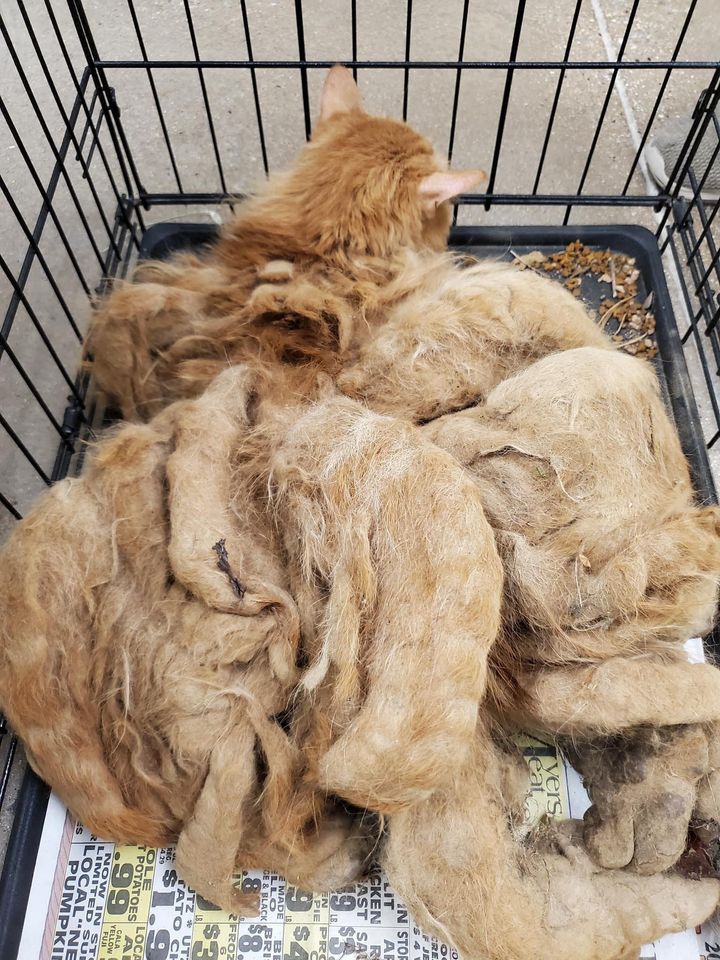 Mattie was found as a stray, covered in severely matted furYork County SPCA

They were able to safely shave off his matted locks, which weighed in at about 2 1/2 pounds. Staff continued to care for Mattie post procedure and provided medical treatment and plenty of TLC to ensure a smooth recovery for the deserving boy.

“They offered affection when he showed interest, gave him space when he needed it, provided socialization and enrichment,” York County SPCA shared. 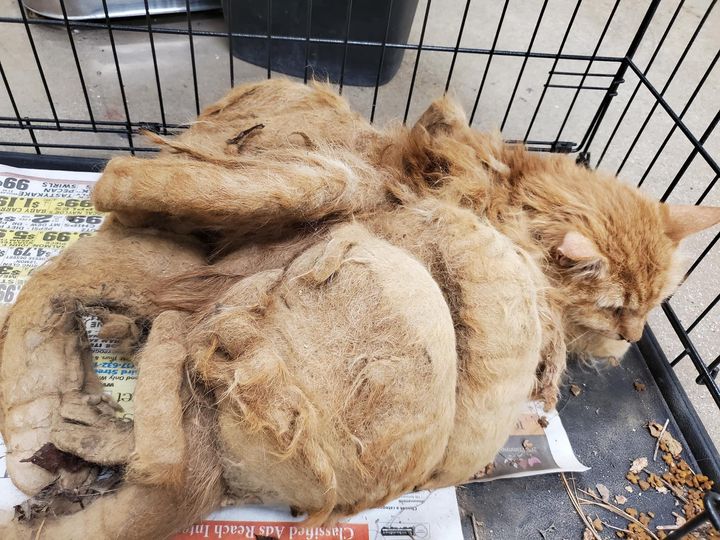 With a huge burden off his back, Mattie began to adjust to his comfy kitty condo, warm up to his human friends, and learn to trust again.

“Even at times when Mattie appeared still scared and anxious, the loving presence of his care team assured him he was safe.” 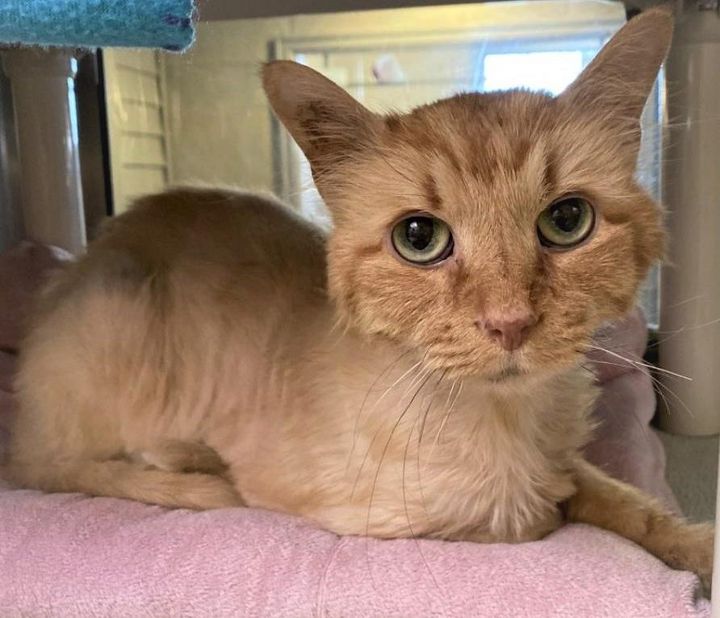 Mattie’s beautiful fluffy coat grew back over time and gave him a magnificent lion’s mane. His personality emerged and he started seeking affection and head scritches. He was estimated to be 10 years old and had a few health issues, including diabetes.

“After several months recovering at the York County SPCA, Mattie has transformed from a suffering stray to a handsome, kind man who’s ready for many happy years ahead.” 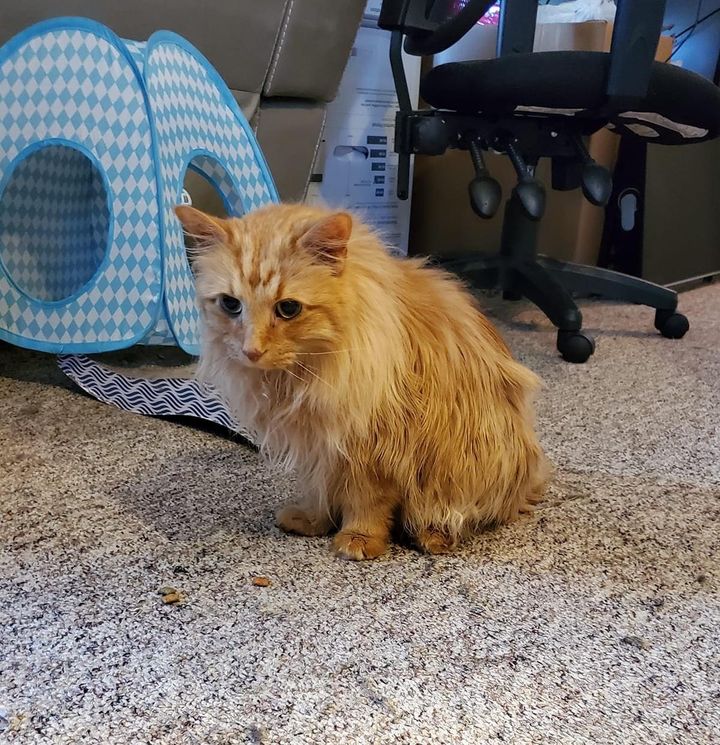 His long fur coat grew back over timeYork County SPCA

Chandler Scull, a veterinary technician and the Vice President of an animal rescue in Pittsburgh, came across Mattie on social media.

“I’ve never seen matting like that on a cat. After looking at his photos, I was compelled to read his story,” Chandler told Love Meow. “Something just drew me to him, and I knew in my gut that he was my cat.” 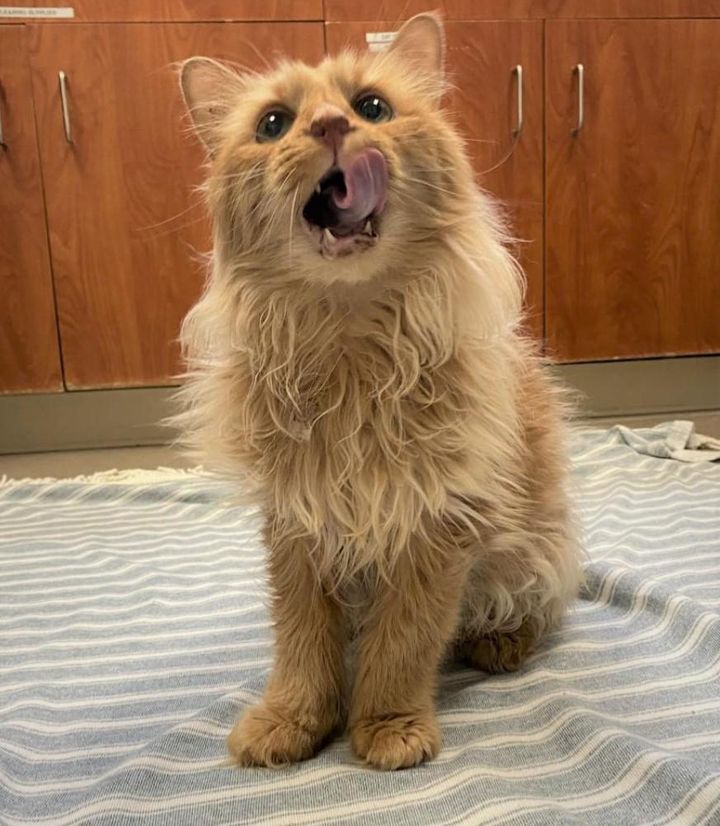 A few months prior to meeting Mattie, Chandler lost her beloved diabetic cat, Tulip, and it left a void in her heart. “There was still a hole in our home. When I saw Mattie’s face in those pictures, I realized what that hole was.”

She reached out to the shelter to inquire about Mattie, and it turned out to be the perfect match. About a week later, Chandler and her boyfriend, Dan, traveled halfway across the state to bring Mattie home. 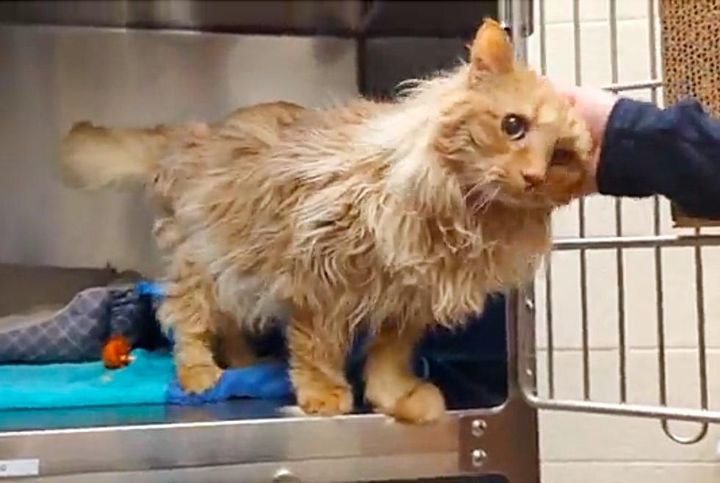 For the first few days, Mattie’s health issues made his transition into a new home a bit challenging. Chandler who is experienced in feline diabetes management, was able to stabilize him through supportive care, fluids, and syringe feeding.

“Thankfully, I have the equipment, supplies, and experience to do so from home, which helps keep his stress as low as possible. After several days and a lot of TLC, Mr. Mattie is on the upswing,” Chandler shared with Love Meow. 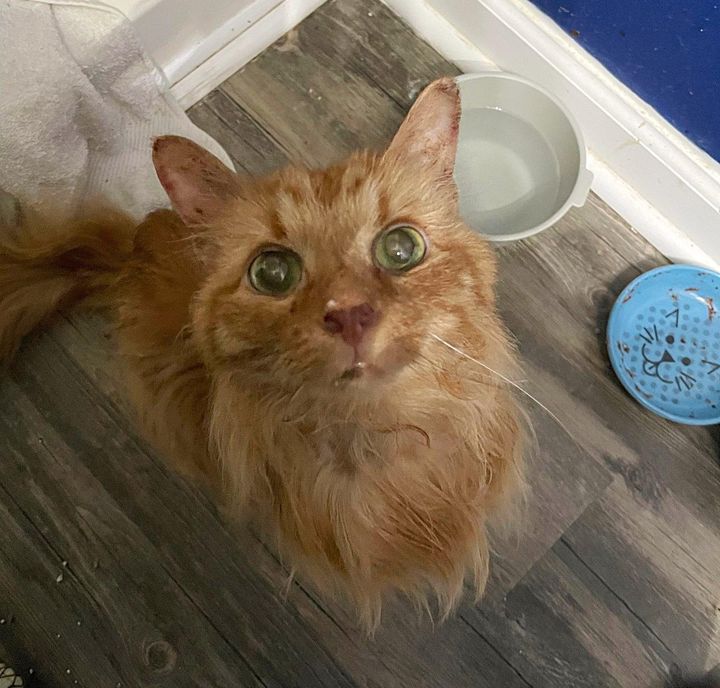 Mattie at his forever homeChandler Scull

He adores his forever humans and asks for pets and attention on demand. “His personality is coming out now, both the sweetness and the spiciness.”

Mattie is ready to kick back and enjoy living like a king. “We’re hopeful that this sweet, opinionated man will get to live out some quality golden years.” 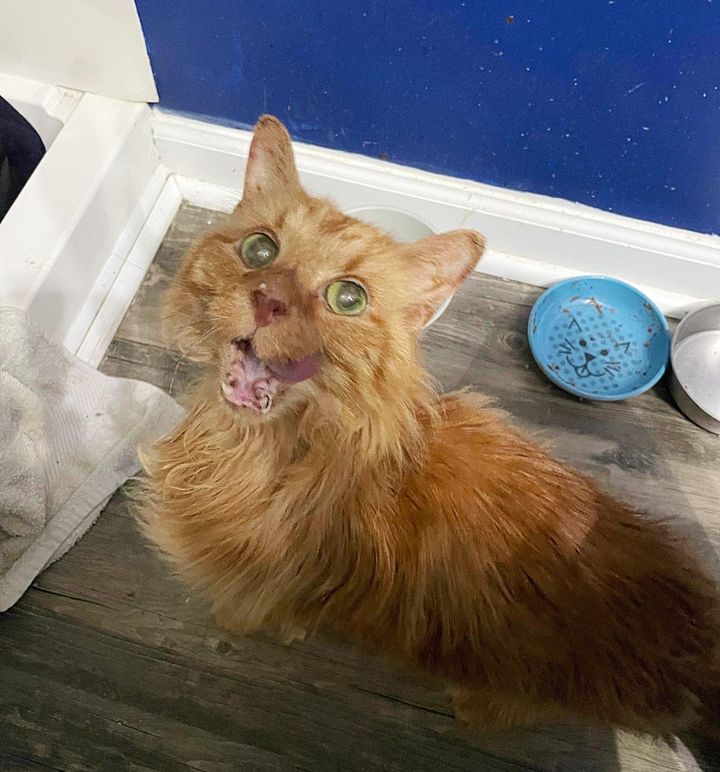