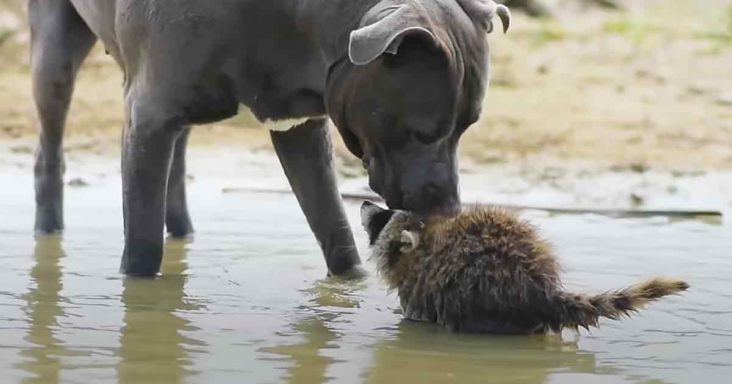 When Kate saw this tiny raccoon she didn’t know that he would survive. The weak animal lost his mom when he was just a few days old. 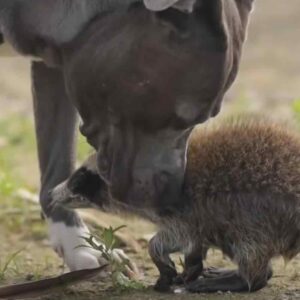 But Kate did everything she could to help the rescued animal survive and taught him new and important things. She named him Eto. Kate had a pet pitbull named Ashlyn who was very happy to meet the baby raccoon from their first meeting. 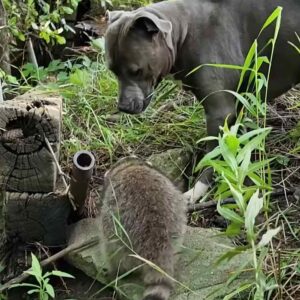 She acted like a real mother to Eto. Ashlyn and Eto did almost everything together. Ashlyn taught many new things that interested Eto very much. She taught him to catch fish and after a few days, the raccoon managed to find his own food himself. 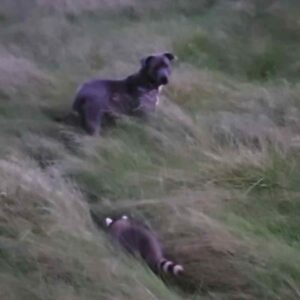 Soon Eto grew up and became independent so he could live alone and could be released to the wild. But the raccoon didn’t leave his lovely family so easily. He returned very often and played with Ashlyn. So the dog wouldn’t miss her beloved son either. They were a fantastic example of animal friendship between various species.