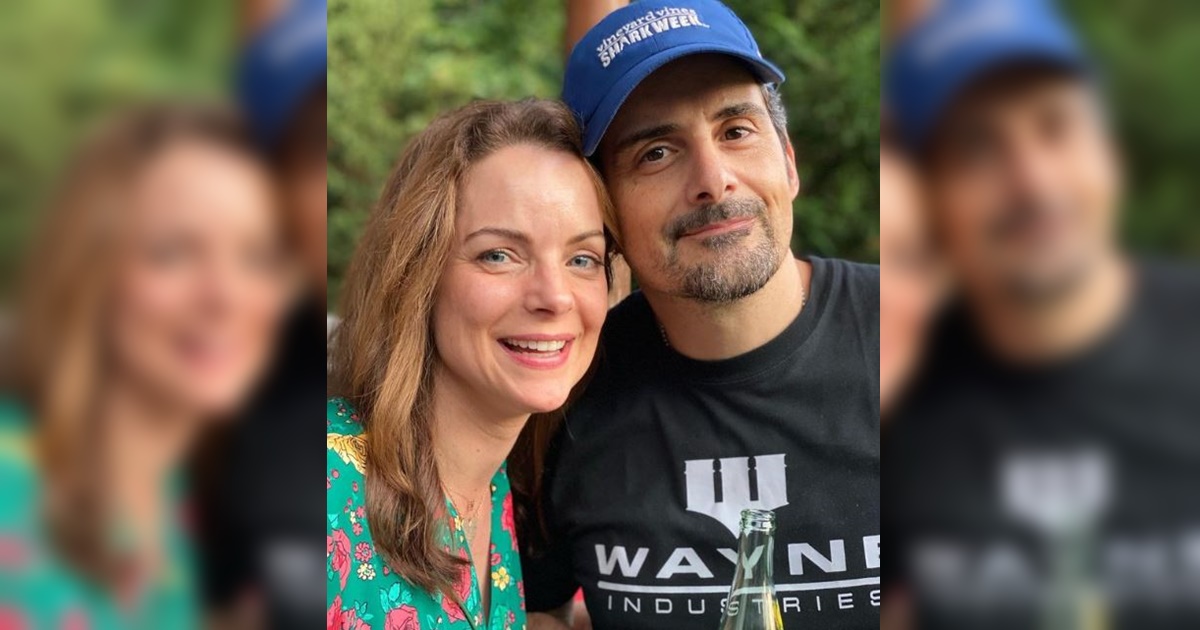 If you are a fan of country music, there is no way you don’t know who Brad Paisley is.

The country superstar has been on the music scene for decades.

His career started in 1999, and he is still singing beautiful country songs up to this day.

He has also earned country music’s crowning achievement, becoming a member of the Grand Ole Opry.

Early on in his career, Brad met the woman whom he would marry.

It was in 2001 when the man first met Kimberly Williams, an actress.

Although it was the first time Kimberly met him, the country superstar had known about her since he was 19 years old.

He went to a movie with another girl 10 years prior to their first meeting, and on that date, brad watched “Father of the Bride”, a movie where Kimberly debuted as an actress.

Brad saw the movie’s sequel, and this time, he zoned in on Kimberly and found her attractive.

A few years later, while Brad was already making a name for himself in the music industry, he met Kimberly once more.

He needed someone for his music video and he thought that she would be the perfect choice.

The two of them started calling and communicating with each other more often than what their work called for.

Eventually, one call led to many and their story transformed from that of friends to lovers.

After six months into their relationship, brad knew he already found “the one” for him.

He proposed to Kimberly and nine months later, they tied the knot on the Pepperdine University campus in Malibu, California.

It was a moment they both will never forget.

And now, after 19 years into their marriage, the couple is still madly in love with each other.

In an interview with Ellen DeGeneres, Brad shared how he cherished each year that they spent with each other.

Kimberly shared that they keep a diary of their life and important moments together.

She claims that she and Brad have a unique diary in which they record their special moments from the past year.

They add entries on their anniversary and have made this a tradition.

They write down and include the crucial moments.

They also list down what gave them the finest laughs because they believe that it is an important aspect of their relationship.

Truly, their love for each other is quite a beautiful story.

Yes, it has been almost two decades since they said ‘I do’ but the couple is still acting like newlyweds.

They are giving us a great example of what ‘couple goals’ are about it.

Hear Brad talk about his beloved wife and marriage in the video below!