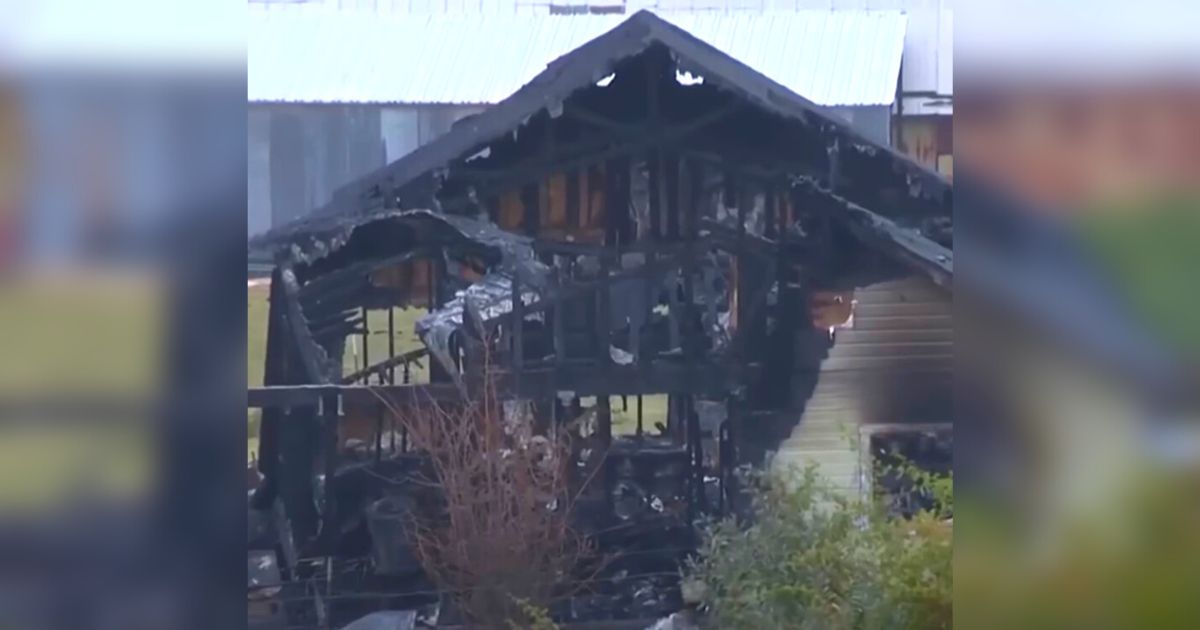 It was a scene in the first five minutes of a sci-fi movie.

In Nevada County, the horizon is dominated by rolling hills and aptly distanced trees.

In the grasslands between the features, cows lay down, graze, and moo about.

The country has been the home of multigenerational cattle farmers and they were quite satisfied living in the picturesque place where nothing really ever happens.

Until one of their neighbor’s houses was set ablaze.

When the fire was finally quelled, the charred remains of the house sat quietly as it kept a mystery.

The owner couldn’t make sense of it.

“I heard a big bang,” he said. “I started to smell smoke. I went onto my porch and it was completely engulfed in flames.” Dustin Procita, the owner of the house, shared with the local news.

What happened to Dustin Procita’s home? Why did it explode out of nowhere? What could’ve been the cause of this mysterious fire?

The answer lies in pedestrian videos and eyewitness accounts.

It began with a ball of light.

Around 7:30 PM on November 4, pedestrians, motorists, and residents were caught in a mix of panic and awe when they saw a bright ball of light descending from the heavens.

A dashcam video obtained by the local news team shows a glowing spot in the sky that illuminated the clouds around it.

It then disappeared beyond the horizon.

At around the same time it disappeared, the Procita household was in disarray.

If one would be told that their house was just hit by a meteorite, they wouldn’t have believed it the first time.

But then, people around the area followed the crash site and were led to the Procita homestead.

“They said it was a meteor,” Procita said to the local news. “I’ve always watched meteor showers and stuff as a kid, but I definitely didn’t look forward to them landing in my yard or through my roof.”

He then shared that people were telling him that the meteor landed in their general vicinity.

Captain Josh Miller of the Penn Valley Fire Department said that it could be a meteorite or an asteroid.

He didn’t believe it a first but as more people came in to report the same thing, they began to believe it was the case.

The odds are incredible.

Right now, Procita and his wife are on the fence when it comes to thinking whether they were lucky or not.

They lost some things in the fire but they got out pretty much unscathed.

Indeed, they’re lucky they weren’t inside.

The chance of being hit by a meteorite is also decked on the odds of one in four trillion.

The couple thought it was the perfect time to buy lottery tickets.

NASA weighed in on the case.

They blamed it on a regular interstellar event.

At around the same time as the incident, the Taurid meteor shower was almost in full swing.

The Taurid meteor shower is known for bright “fireballs” as debris disintegrates in the atmosphere.

NASA also said that the Taurid meteorites fall slowly because they enter the Earth’s atmosphere at a perpendicular angle.

This also confirms why the fireball in the video is moving at such a speed.

See the fiery ball of light and the suspected aftermath of its impact in the video below!

In a rare public appearance with his girlfriend Alexandra Grant, Keanu Reeves appears positively radiant.
Actor Keanu Reeves has long been considered to be a
0 161