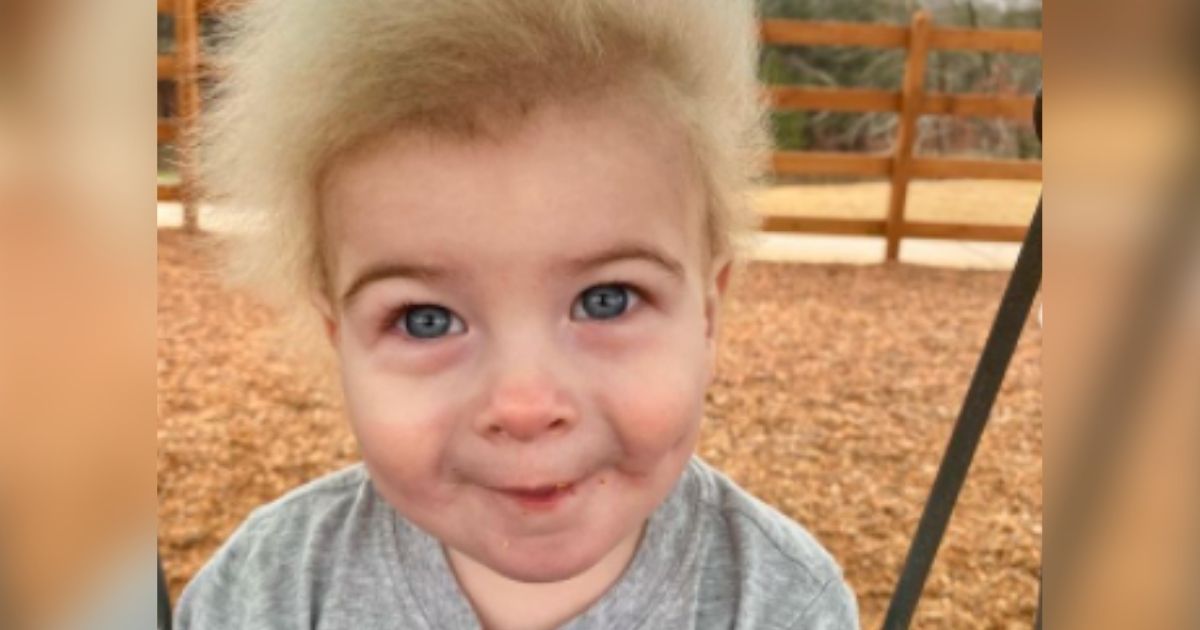 We always look for familiar features in our babies as early as birth.

Usual family scenarios around newborns include members trying to point out where the baby got their eyes or smile.

As they grow, we start to look for what makes them unique.

Sure, they got mommy’s nose or daddy’s ears, but as the years go by, some features start to stand out. Be it the way they laugh or their mannerisms.

These parents from Georgia were surprised to learn that their son had a rare feature.

Katelyn and Caleb Samples’ son Locklan was born with jet-black hair, which they thought he got from Katelyn’s mom. But when Locklan reached six months, most of his birth or baby hair started falling off.

It was then replaced with platinum blonde, also called “peach fuzz.”

Again, the couple didn’t think something was different since their older son, Shep, had the same hair color. They noticed that there was something off with its texture but didn’t mind it too much.

Then, somebody messaged Katelyn on Instagram, asking if their son has Uncombable Hair Syndrome.

Now the worry sunk in! Kate started Googling about it, and when she realized she was in a tailspin with Google, she decided to consult their pediatrician. However, it didn’t reassure her since their pediatrician had never heard of it and directed her to a specialist instead.

The couple went to Emory Hospital and finally got the assurance they needed.

At first, the specialist doubted it was UHS since it is a rare condition, something she only saw in Locklan’s case in her 19 years in practice. They took samples of his hair and ran tests. Indeed, it was.

This syndrome is characterized by disorderly blonde (or silvery) hair sticking out from the scalp. It is called such because the hair follicles are too fragile that you cannot comb them too often. More so, no matter what you do with the hair, it would still come out disorderly and unmanageable.

Kately and Caleb were relieved to know there was nothing wrong with Locklan.

“They said because he was developing normally in every other area of his life, that we didn’t need to be worried about anything else being a concern,” she told People.

Her journey to learning about her child’s condition also led her to a helpful community.

While she was browsing about UHS, she found a Facebook group comprised mostly of parents or people who had this condition themselves. She found a source of comfort in them where she got to share photos and her stories with them.

She kept on posting photos of Locklan, and people were all smiles about it.

“I would say that 98% of people are so kind and love it. They say he’s like a little rock star,” she said. “Right now, when he’s little, he loves the attention and doesn’t mind it.”

And as Locklan grows older, the couple wants both of them to be confident even with whatever makes them different.

Learn more about Locklan and Uncombable Hair Syndrome in the video below!

Parents of 12 working multiple jobs to support their family get Christmas miracle from stranger
What do you want to get from your Secret Santa?
0 841