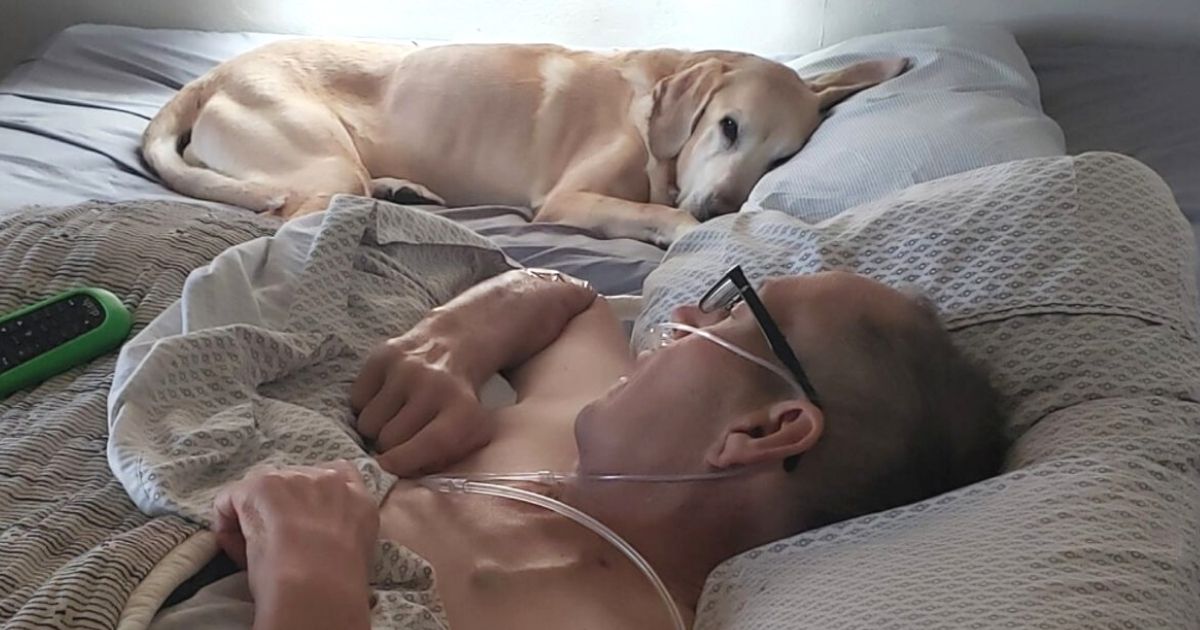 A dog’s loyalty is unparalleled. They are definitely man’s best friends because they stay with you almost 24/7 under any circumstance.

This story will give you a clear picture of what a dog’s loyalty exactly looks like.

When Air Force veteran, Daniel Hove retired, he didn’t stop serving his country. He eventually became Burnsville’s Assistant Fire Chief and was looked up to by many firefighters because of his leadership.

“He was someone that his department really relied on to innovate, educate, train and keep up with the new firefighting technique,” Heather Nicoletti (Daniel’s daughter) said.

Sadly, he had to retire and was soon diagnosed with pancreatic cancer. Love from his family, friends, and community came in pouring for their beloved veteran.

But nothing came close to the loyalty of his 11-year-old labrador, Gunner.

His pooch, who was also in his senior years rarely left his side. He was there when Daniel was still healthy and he promised to be also there throughout his battle with cancer.

Daniel’s strong will to live and the unending support from his loved ones were important to him. It kept him going and fighting.

In their younger years, the two buddies were almost inseparable, “They were best buddies till the end. They were hunting buddies, they went everywhere together,” Nicoletti said while recalling those moments.

One day, Gunner started to feel sick too.

It was no longer a surprise to them, they already knew it was going to happen especially because Gunner was also a senior dog.

Soon, with the loyal pooch’s swollen arms and unresponsiveness, Nicoletti realized it was time to say goodbye to their ever-loyal furry companion.

“I called the vet clinic I used to work at. They got me in right away and I rushed him up there, put him to sleep. And about an hour and a half later, my dad was gone too,” she said while explaining how it all happened that day.

Up to their last breath, Daniel and Gunner were together.

To call him a loyal dog is actually an understatement because he’s beyond that. They were both lucky to have had each other when they needed a reliable friend.

“I had said I don’t know what’s going to be more traumatic for him,” Nicoletti said. “To try to take him away to end–to put him to sleep– to end his suffering, or if you let him live through dad dying. I think either way it’s going to kill him. We knew they were going to go together. We just didn’t know it was going to be hours apart.”

Actually, not being able to say goodbye to each other came in as a blessing to both Gunner and Daniel. None of them had to shed tears while watching the other one goes.

After all, Nicoletti was glad both her father and his loyal friend went off peacefully to their final resting place.

This is without a doubt a beautiful story of loyalty and friendship.