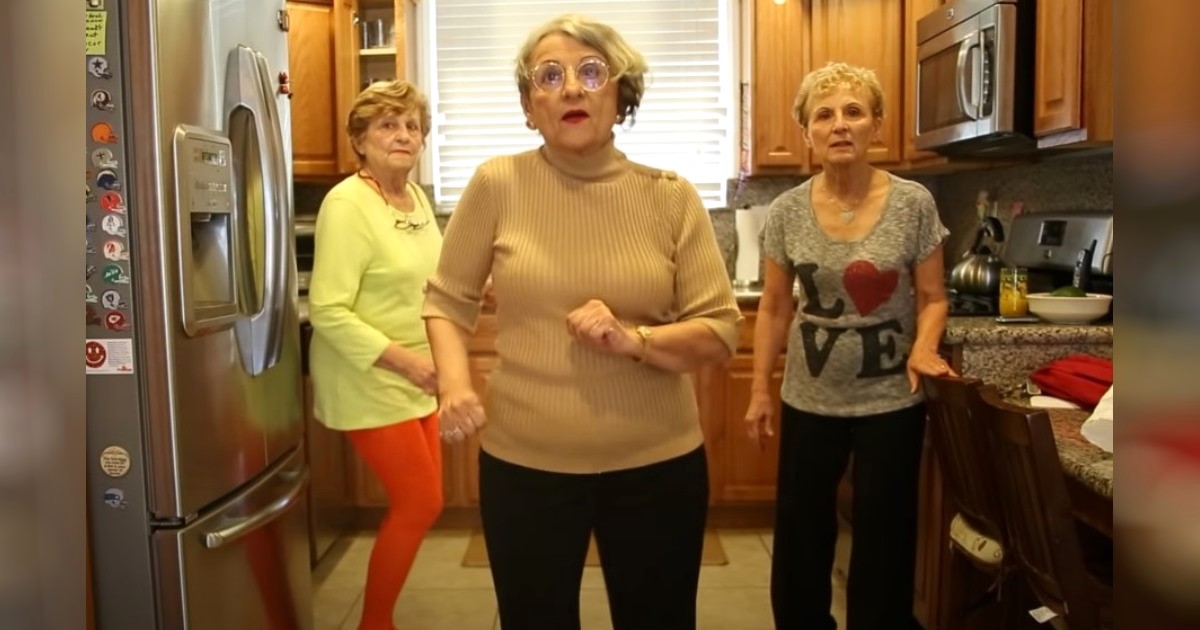 Remember when everyone was doing the “Nae Nae?”

Now everyone is probably doing some other wild dance for the sole fact that everyone else is doing it.

Well, maybe not everyone’s grandma, but Grandma Mary and her sisters had some pretty hilarious things to say about the “Nae Nae” in a video on her YouTube channel.

First of all, they called it the “Na Na.” “Na Na is grandmother,” one of the sisters says confused when her other sister brings it up.

One of the sisters decided to pull up a video to show Grandma Mary and her other sister exactly what she was talking about.

They pull up a video of a large group of men dancing to the song.

“Yeah, that you’ll fall and break your hip with that,” Grandma Mary explains.

When a girl comes on camera they seem pretty impressed until they catch sight of someone else.

“Oh look, it’s a guy holding his crotch. Is that the Nah Nah or the No No?” says one of the sisters.

They went on to talk about how “cute” it is that everyone stands around one person while they dance and then they take turns.

“That’s too much for us,” says Grandma Mary. “We’ll run out of breath. I’ll drop dead too.”

“No, I can do that move,” her sister argues.

“Oh, ya can not!” Grandma Mary snaps back.

The Three Golden Sisters decided to try their luck and see how far they could take their dancing skills.

And they did pretty well.

But eventually, enough was enough for Grandma Mary. She didn’t want to have a “frickin heart attack.”

To be honest, I’d much rather watch these ladies do the Nae Nae than anyone else, any day!

According to Wikipedia, the Nae Nae is a dance that involves placing one arm in the arm and swaying from side to side.

Atlanta hip-hop group We Are Toonz is believed to have invented the phrase with their song “Drop That NaeNae” in 2013.

The dance was supposedly based on Martin Lawrence’s character Sheneneh from the 90s sitcom “Martin.”

“It’s really just based on a ratchet girl in the club dancing kind of funny and the best girl to describe it is Sheneneh from ‘Martin,’” We Are Toonz group member Callamar said.

The song became a viral dance and spread like wildfire. It was repopularized in 2015 when rapper Silentó released the single “Watch Me (Whip/Nae Nae) which featured the Nae Nae and other dance moves in its video.

Since then, you’ve probably seen far too many people celebrities and other people doing this dance.

But as we said, we think these grannies have one of the best renditions that we’ve ever seen. In fact, more than 267,000 people have watched the 3 Golden Sisters do the Nae Nae.

Parents of 12 working multiple jobs to support their family get Christmas miracle from stranger
What do you want to get from your Secret Santa?
0 826