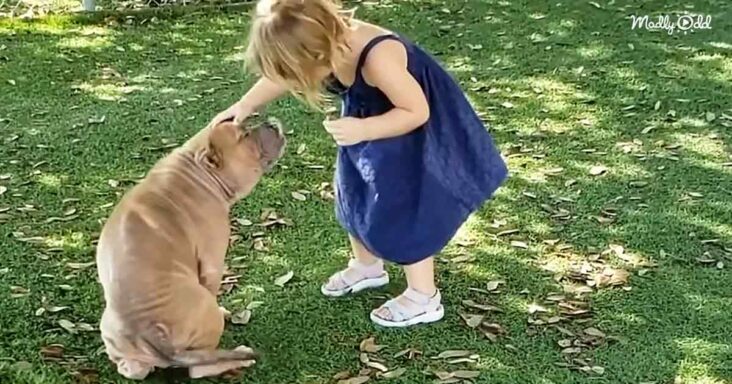 Scarlet was a pit bull living in a shelter and having some health issues. But one day Gigi changed her fate greatly.

When Audra Spurio came to the shelter with her daughter to choose a dog for her Gigi (the daughter) chose Scarlet. 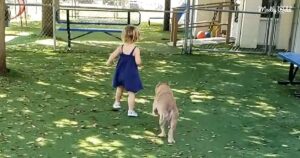 When the door of the cage was opened to bring Scarlet out the dog refused to go but Gigi took the leash and waited patiently for the dog. They became close friends and understood each other very well. 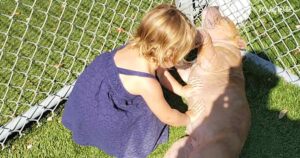 The 2-year-old girl knew that the dog needed her help and she often cleaned her goopy eyes and runny nose with her dress. As soon as Scarlet was brought to her new house she started to feel better. The little girl helped her overcome her health difficulties. They spent a fantastic time together and the dog was extremely attentive to the little girl.