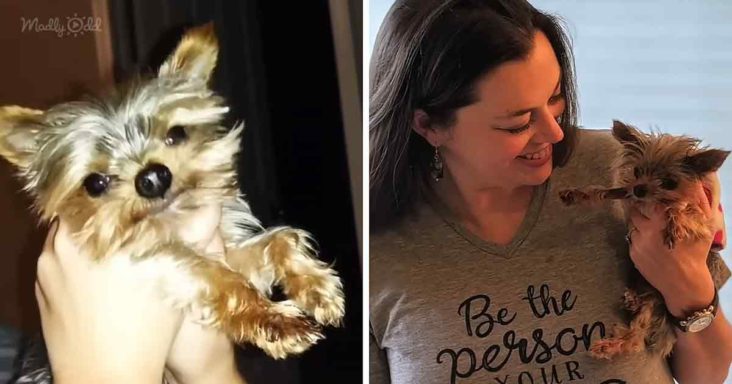 Pipsqueak was a little Yorkie who had 6 months to live. When her foster mom handed her responsibilities over to Kelsey the dog weighed 1.8 pounds. The dog came from a puppy mill. 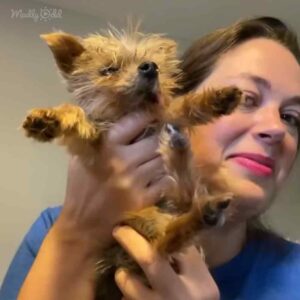 Her foster dad had to undergo an operation and for recovery, they had to handle the dog, Kelsey. Kelsey and her family, in their turn, were a foster family too and weren’t intended to keep the dog for a long time. 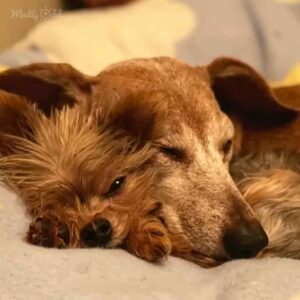 When  Pip entered the house she began to bark like a duck. It made Kelsey even more interested in the dog. Soon they became best friends and understood each other from the very first word. Kelsey adopted 6 more dogs after Pip. 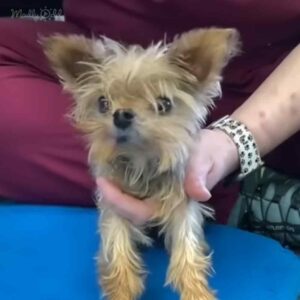 Though Kelsey and her husband knew that the treatment of Pip would cost them much money they still made up their minds to adopt the dog and gave her all she needed. Pip was very pleased with her new life and she made Kelsey’s life even better than before. She became a motivation and inspiration for the woman and her family.

After the lost dog returns home with a ribbon she won at a dog show, the family cannot stop laughing.
02 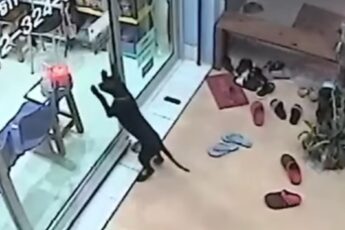 Lost dog recognizes the veterinarian’s office and waits for assistance in returning home.
03 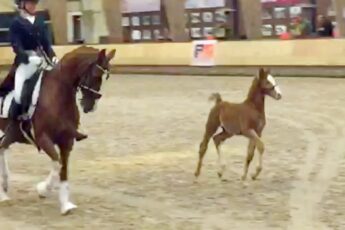