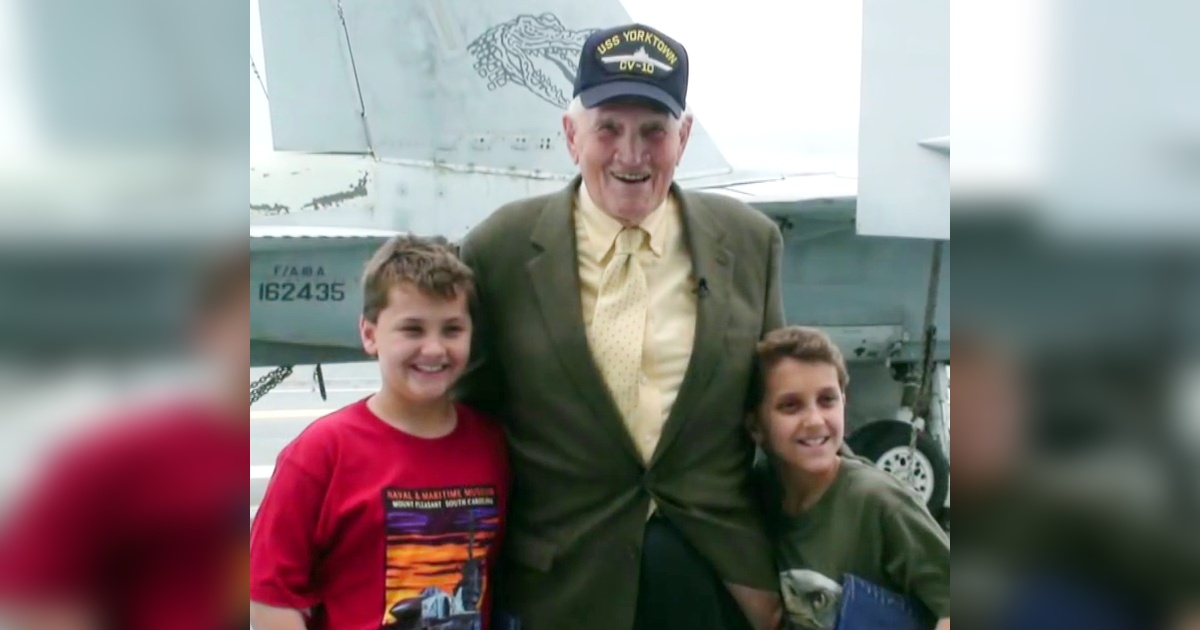 Others find the topic of history boring, irrelevant, or even horrific. But there’s a lot to learn from history – ours or of other nations – that can be useful in how we live in the present and plan for our future.

Learning about history and eventually loving it was how these twins met a World War II veteran and became lifelong friends. An unlikely friendship, as many would say, but their kindred spirits were meant to know each other. This is a story that spanned years and started in 2015.

For the Love of Battleships

Carter and Jackson Hanson were only ten years old but were already obsessed with the board game named Battleship. From playing the board game, they eventually became interested in naval warfare and the history that came with it.

Their parents were very supportive of this and even took them on a trip to Charleston, South Carolina, to see the USS Yorktown, a retired aircraft carrier. There, the boys weren’t only introduced to the carrier and various aircraft it carried, but they also learned about a veteran named Robert Harding.

The twins got his email address and have corresponded with him since. They learned about the time he served Yorktown, specifically how he worked and operated around the aircraft. Carter and Jackson grew fond of the veteran and wanted to meet him.

Snappy Surprise for His Newfound Friends

The USS Yorktown staff said that many kids loved the carrier and the aircraft, but they hadn’t found anyone like Carter and Jackson who loved a WWII veteran as they did. So, they planned to give these two bright minds a wonderful surprise.

In one of their visits, the carrier staff led the twins into a room where their dear old friend waited. It took them a few seconds to recognize the man sitting across the room they had just entered. It was Robert.

The Hanson twins rushed to Robert and hugged him. The two chatted with the veteran, and it was a beautiful and fruitful conversation.

Robert felt he needed to talk to someone about his time in the army, and it was a coincidence that these boys came into his life. He was teary-eyed about this and knew how Carter and Jackson changed his life after retirement.

A Lifelong Friend and Shipmate

Through the years, the twins got some fantastic surprises from Robert and the USS Yorktown.

One time, they were able to stay on the ship overnight, sleeping in bunkers like soldiers. They also got invited to the reunion of sailors who served USS Yorktown. There, they were presented certificates naming them honorary

They exchanged hundreds of emails, updating each other about their lives and asking questions about Robert’s time in service. Each of those emails was signed “your friends and shipmates.” These boys were ecstatic to be living their dream.

But the most heartwarming thing was how the twins went to Oklahoma to pay a surprise visit to their old pal. This happened recently, which showed how their friendship lasted until today.

Parents of 12 working multiple jobs to support their family get Christmas miracle from stranger
What do you want to get from your Secret Santa?
0 840