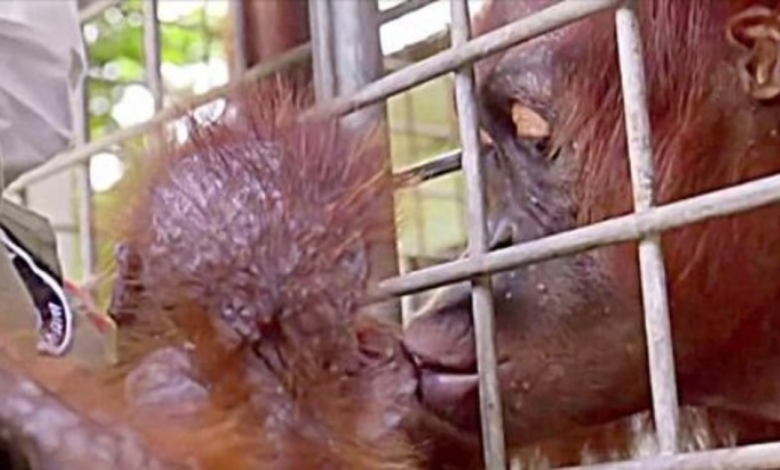 Clara the pregnant orangutan gave birth to a baby orangutan girl, Clarita, at the Borneo Orangutan Survival Foundation in Central Kalimantan, Indonesia. But soon after the birth, the sanctuary workers realized that the newborn was missing from her chamber, writes ilovemydogsomuch 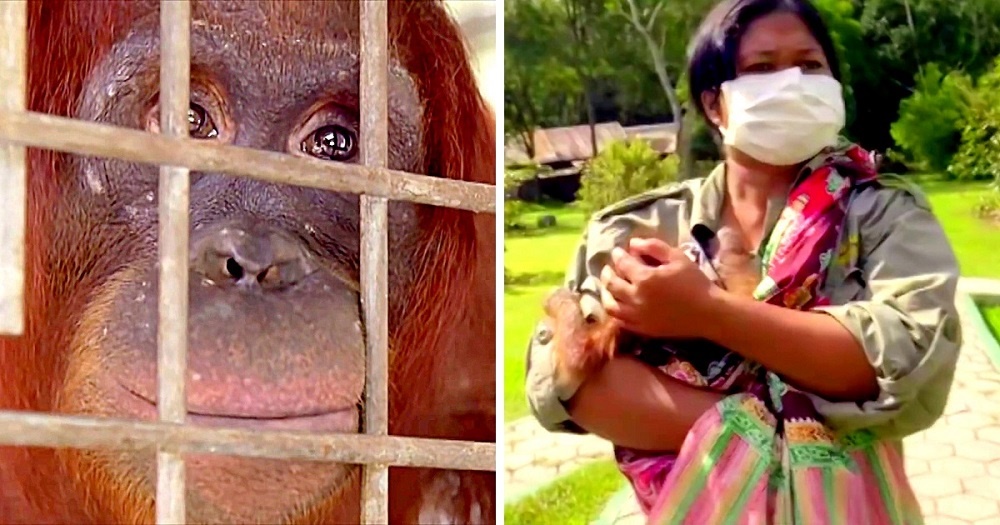 Located in the midst of a dense forest, this protected sanctuary is usually free from poachers. However, the panicked workers left no stone unturned to find the kidnapped baby Clarita. They eventually found the baby held captive by Rizki, a 14-year-old dominant male orangutan!
After freeing Clarita from the clutches of the alpha male kidnapper, the workers found that she was extremely weakened. She also had a skin disease and needed immediate attention at the critical care unit. After days of treatment, Clarita was finally out of danger but she still remained quite frail. 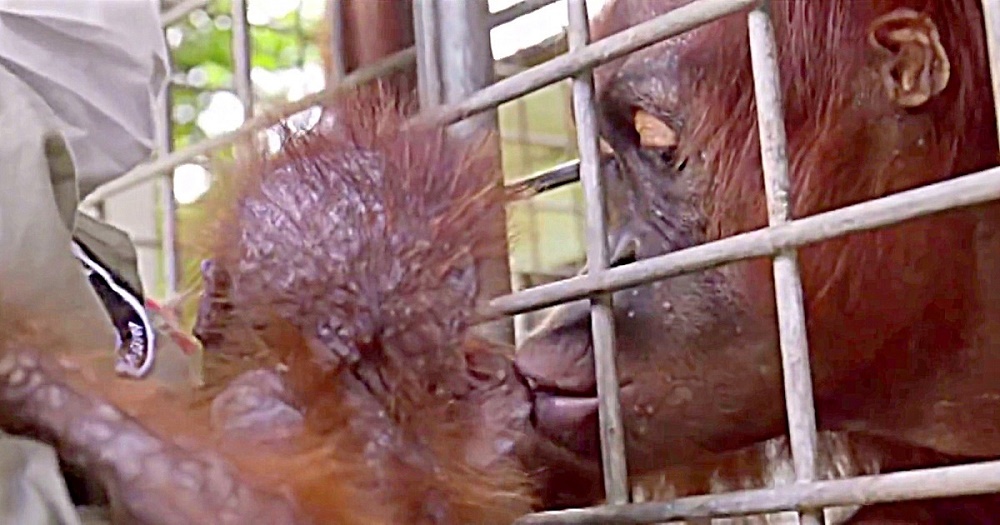 At this point, the workers were scared to re-introduce Clarita to Clara. While Clara had been inconsolable ever since her daughter’s disappearance, the workers knew that mama orangutans reject and attack their fragile offsprings if they believe that they have no chance of survival.

In this video, we see the tense moments unfold as the workers bring Clarita to her heartbroken mama. Clara is confused at first, but she quickly gives in to her motherly instincts and embraces her daughter with all her love! 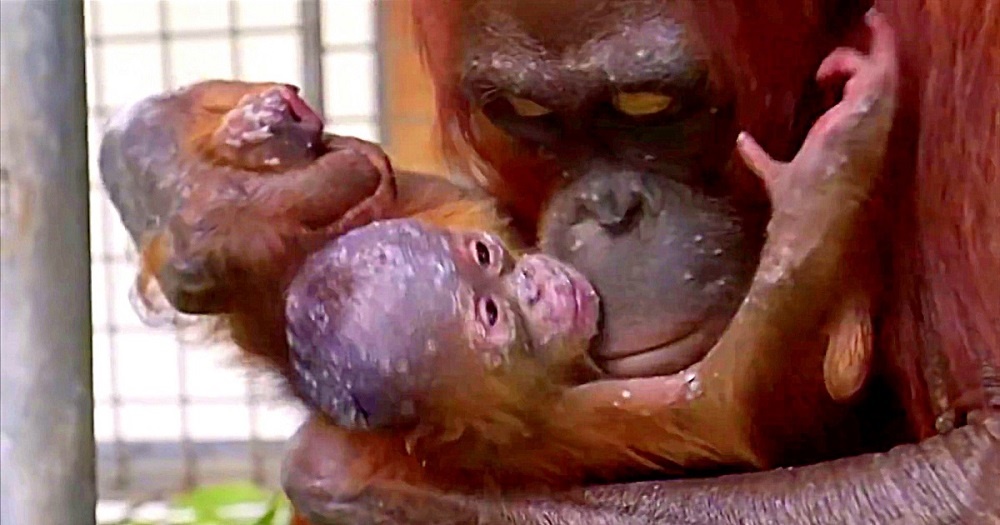 The workers break down in tears as they see the emotional Clara clutching her baby tight while attempting to nurse her. The mama just wants to protect her precious child! We wish Clara and Clarita a long and healthy life together!

Click the video below to watch Clara’s painful turmoil as she reunites with her kidnapped daughter!