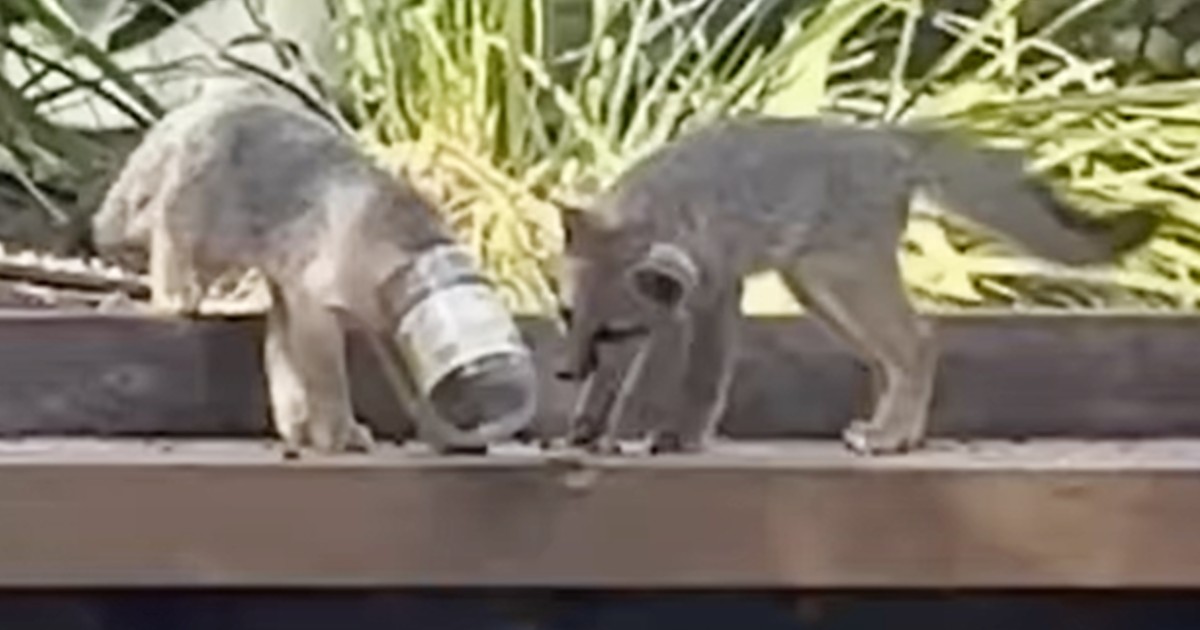 On what seemed to be a normal day, a woman named Jennifer looked out her window and saw a fox.

But it wasn’t just a normal fox. It was a fox with a peanut butter jar on his whole head. To say that this stunned her is an understatement.

So she went to approach the fox in an attempt to help the poor thing. However, it wasn’t as easy as she thought it would be.

“I thought I was going to be able to just gently grab it off of him,” Jennifer recalled. “But he was just so scared.”

Then, she noticed the fox’s mom.

The mother of the fox was obviously restless. It looked like she knew that something was wrong, and she was evidently looking for her baby.

“I had the Animal Humane Society come out to try and trap the little fox. I’ve been running through the bushes trying to find him,” Jennifer recounted. “He had disappeared once the animal control came.”

So they waited for the fox.

The kind woman recalled how it was too difficult for them to find the animal. They kept seeing the rest of the foxes, but not this particular one.

At this point, Jennifer was already incredibly worried. She was starting to imagine the different scenarios the fox might be in, considering the jar stuck on his head.

Jennifer reached out to SF ROMP.

SF ROMP is an organization that aims to help injured wild animals in San Francisco. Jamie from SF ROMP immediately sent a cage together with a volunteer to set up a “trap.”

They put cat food underneath and around the cage in the hopes that this will attract the fox.

She stayed up all night.

She was determined to rescue the poor fox. At one point, a couple of raccoons showed up and enjoyed the feast Jennifer had set up.

After seeing how the cat food is attracting all other animals except the fox, Jennifer knew she needed something else. Therefore, she asked Jamie for a net, and Jamie also ended up teaching Jennifer how to use it.

And she finally caught him!

The net worked like magic! Jennifer couldn’t believe she actually caught the fox.

“He was on the deck and I was able to catch him. It happened so fast,” she fondly shared. “We very quickly got the jar off his head. I still think this is one of my greatest achievements.”

Seeing how everything worked out for the best made Jennifer incredibly happy. She was just glad that the fox is now safe and jar-free.

“Seeing him in the cage, seeing that he looked really well… that was just so wonderful,” she remarked.

She then fed the fox and allowed him to run free again. Kudos to Jennifer for never giving up. Because of her kindness, one fox is now safe from a potentially dangerous situation.

Parents of 12 working multiple jobs to support their family get Christmas miracle from stranger
What do you want to get from your Secret Santa?
0 878