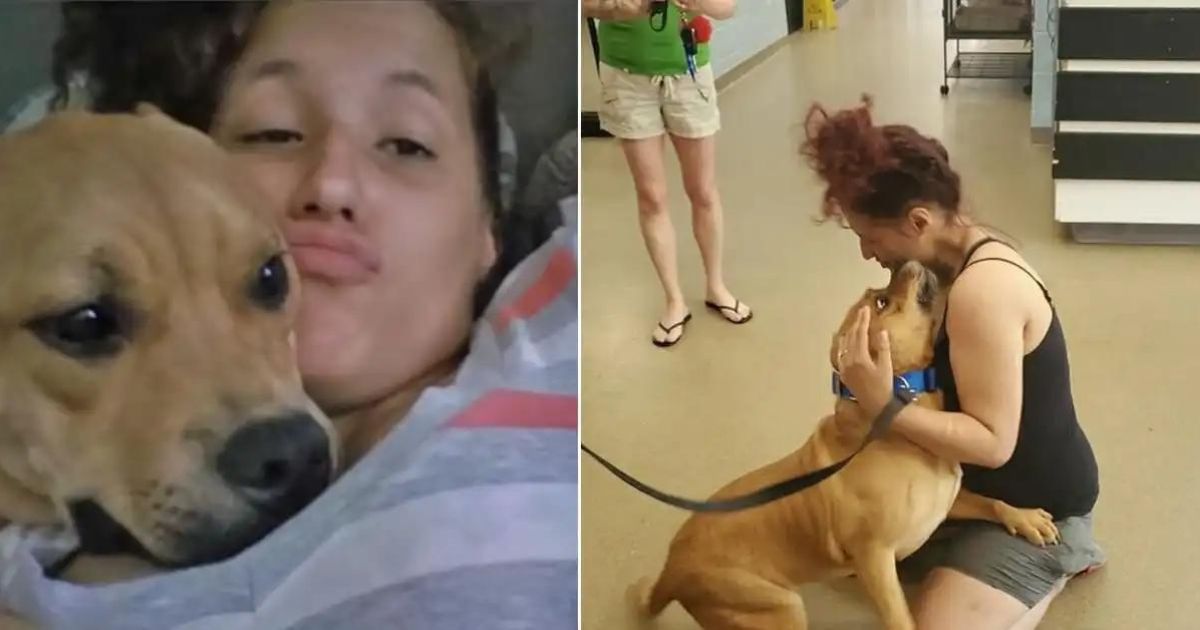 What is lost will eventually find its way home.

Losing a pet is as painful as losing a member of the family. So one can only imagine with Aisha Nieves of Allentown, Pennsylvania, lost Kuvo, their pitbull-rottweiler mix.

But sometimes, fate has a funny way of bringing two souls back together. And beyond the humor, there is joy and appreciation for providence.

Nieves and her family took Kuvo in when he was just seven weeks old.

With his build and image, Nieves decided to name the dog after the arrogant but loyal lion cub from Disney’s Lion King sequel films.

Kuvo grew up with them for years. In the span of five or so years, they’ve shown love and care for Kuvo. In fact, Nieves and Kuvo formed a special bond.

“He was my baby. He would go with me everywhere. He would sleep in my bed,” Nieves recalled to WFMZ TV.

From the moment they met, they were head over heels for each other. She further shared that Kuvo was a literal definition of a man’s best friend – or in her case, a woman.

But all that was about to change when an accident happened right on her property. A car hit the fence of her home. The driver took off and left a gaping hole in her fence.

When Nieves came back from work that evening, she noticed something strange.

Kuvo was not there to greet her with sloppy kisses and cuddles.

She was overcome with emotion at that time because she was also four months pregnant with her son. Coming home with her best friend missing is definitely heartbreaking, especially when he was there for her through her brightest days and worst nights.

She shared with Newsweek that anxiety filled her mind. She can’t help but think of the worse that someone kidnapped Kuvo.

Kuvo was still missing as days turned to weeks and weeks into months.

Months eventually became years and even if it was difficult. Nieves had no choice but to move on. At one point, she thought she could get back Kovu when she checked a local adoption shelter.

She was certain that it was her best friend but when she asked about the dog, the shelter sadly said that “Ash” had been adopted.

Losing all hope of ever finding her dog, Nieves eventually moved to adopt a new one.

But as she was checking, she saw a tan pitbull-rottweiler dog. Her heart skipped. Could it be? She asked for the dog and in turn, was asked for an adoption fee and a picture of Kovu to prove that it was her dog.

The moment they met at the shelter, Kuvo wagged his tail eagerly and excitedly. Apparently, the family who adopted him first ran into financial trouble and surrendered Kuvo back to the shelter.

“I automatically go on the floor, like to get down, get ready, because I know he’s going to jump on me,” she told WFMZ-TV. “As soon as he started coming, he started squealing and screaming and yelling.”

Kuvo has since celebrated his seventh birthday with his real family. And as for Nieves, she swore she’ll never lose her best friend ever again.