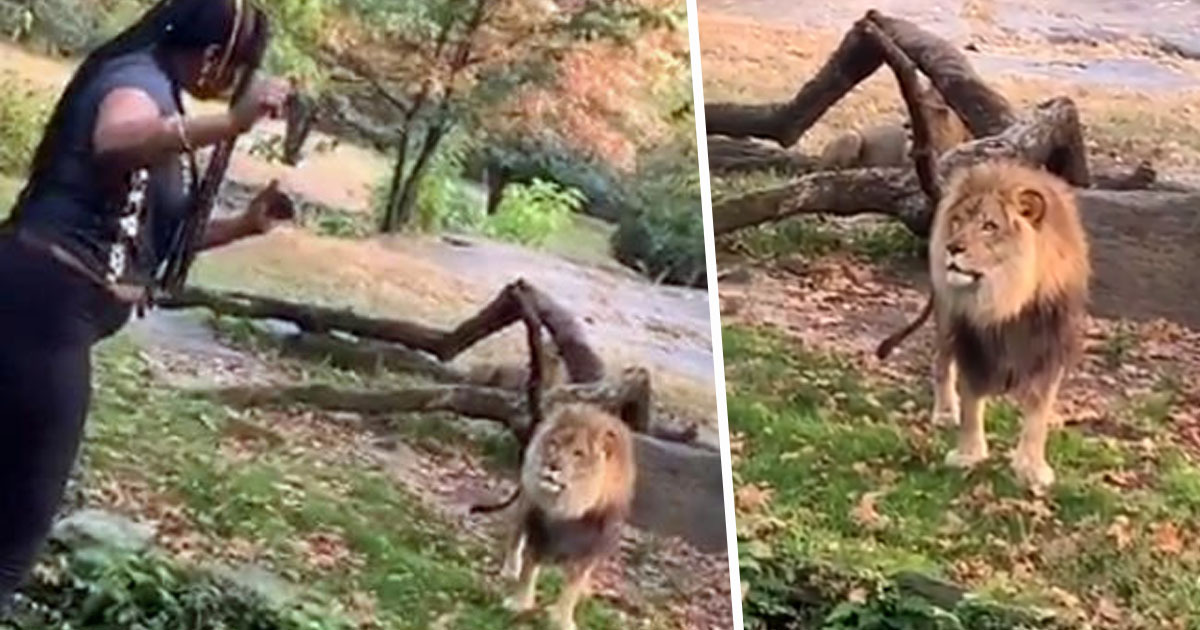 The Bronx Zoo is home to a den of African lions. Visitors have the opportunity to view these majestic animals in a natural but safe way.

Though there are high and safe fences across every enclosure, however, there are people who love to break the law and go against it. One visitor took advantage of the low walls, and in a bizarre decision jumped the fence to enter the enclosure of huge wild cats. 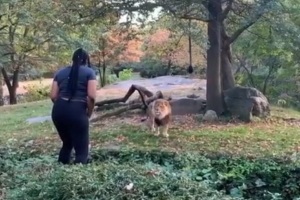 The woman then wrote on Instagram about her “fearless” deed; “It’s funny Cause you hear Grown Men Scared,” she wrote. “The only people who weren’t scared were me and The Children… I REALLY HAVE NO FEAR OF NOTHING BREATHING!!”

No only did the woman jump in the enclosure she also tried to drag lion’s attention by waving and jumping in front of the. However, lions did’t pay attention to her and were calmly looking at each other as if saying”Look what she is doing bros.” 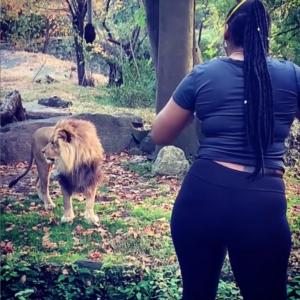 By her stupit deed the woman not only showed children a bad example but also put the poor lions in great danger because if the lions attacked the woman it was them who was going to be punished similar to the controversial shooting of Harambe the gorilla in 2016.