Tracy was an animal lover and adored her pets. Recently she lost one of her lovely pets and was in depression. 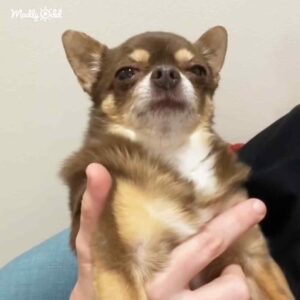 However, not too long after her loss she adopted a tiny Chihuahua named Tina. In the beginning, the dog was frowning and squinted at Tracy. Tracy found it very funny, spread the photos of the judgmental Chihuahua and she became very famous. 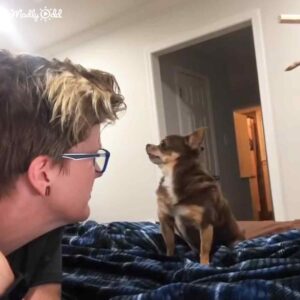 Tina was very similar to her previous dog as she used to lay on her lap while music is playing.

At first, Tracy was concerned about Tina as she thought that the dog wouldn’t get along with her two other dogs. But Tina dealt with German Shepherd and Labrador greatly and Tracy was glad to see such a friendship in her house.