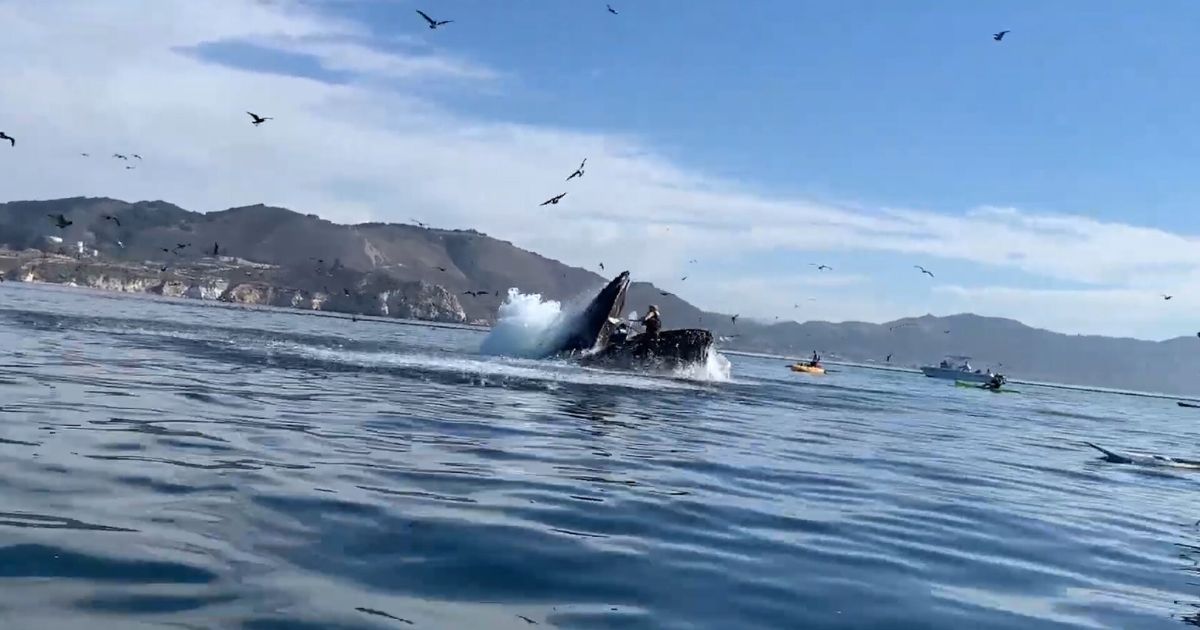 It was a warm and sunny day in the fall of 2020, so Julie McSorley and Liz Cottriel decided to hit the beach and enjoy the ocean. They eventually went kayaking on the San Luis Obispo Bay in California when they suddenly found themselves engulfed by a giant humpback whale.

The two ladies were almost swallowed by the whale.

Julie and Liz spent a few moments inside the huge whale’s mouth but were eventually released by the colossal ocean creature. It was a terrifying and shocking few seconds for both of them.

What happened was close to impossible, but it actually did take place. Julie and Liz were dumbfounded at the fact that they were almost eaten by a whale and survived together.

At the time of the incident, humpback whales were active at the bay close to Avila Beach.

Julie has previously joined groups of kayakers and paddlers who are feeding the whales at this time of year. It seemed that everything was under control and the huge animals were harmless, despite their size.

Unfortunately, she proved this assumption wrong that morning, when she invited her visiting friend, Liz, to join her in kayaking by the beach.

“Her reaction was, ‘No, I don’t like the ocean. I’m scared of sharks. I’m scared of anything I can’t see in the water.’ And I so ignorantly told her, ‘Oh, they’re never going to dump you over. The kayaks are very stable. I’ve never had an issue,’” Julie shared.

Everything was fine at first and the two of them are having such a great time.

But, after an hour into the ocean, the two ladies, who each had their own kayak, experienced the unexpected. Whales normally feed on the “bait balls” or groups of small fish that the whales swallow when the fish group together.

Suddenly, the fish are circling the two ladies and before they knew it, they were inside the whale’s mouth together with the bait balls!

“So I knew it was going to be very close, but again, I’d seen whales breach right next kayaks before. So my mind was like, this is going to be, you know, super cool,” Julie shared further. “And then all of a sudden the boat lifted up and we were dumped in the water very, very quickly.”

Liz, on the other hand, thought that it was finally her time to say goodbye to the world when she saw the whale’s mouth closed and they were still inside it. But it did not happen, because they were in the water in just a very swift moment.

“Next thing I know, I’m under water,” Liz said.

It was a memorable but terrifying moment that the girls will never forget.

Watching the whale eat small fish is fascinating, but being inside the colossal marine creature’s mouth is not something you would fancy experiencing. This unforgettable moment definitely made a summer to remember for both Julie and Liz.