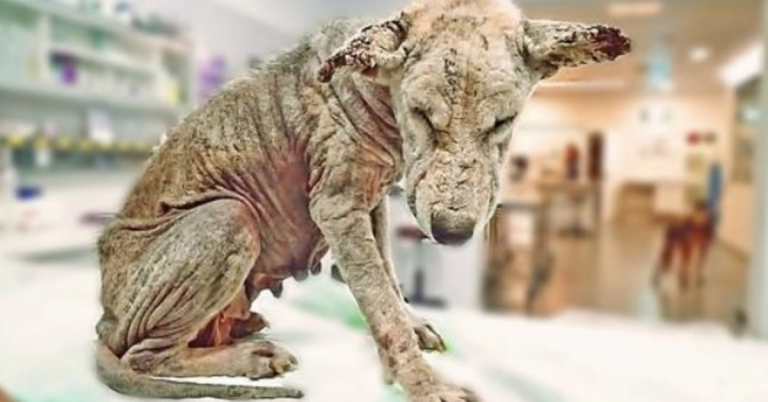 They discovered that his mother was with him but had been left behind. When they started looking for her, they found her curled up on an old sofa in an abandoned house nearby. 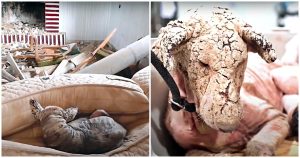 When rescuers got to her, she was so sick that she couldn’t even move. Her fur was completely gone due to a terrible skin disease that left her scabbed and bleeding. She was truly on the verge of death and had already given up. She knew her son was safe and lay down to die. But thankfully it was the beginning of a new life for her. 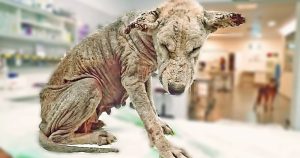 Rescue workers brought her and her son to the hospital, where Helen and Oscar were named. After months of special care and treatment, Helen and Oscar looked like brand new dogs. Their fur grew back and their wounds completely cure. 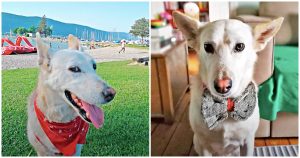 Helen was subsequently adopted by a loving family and is completely pampered and loved. Oscar has also been adopted.