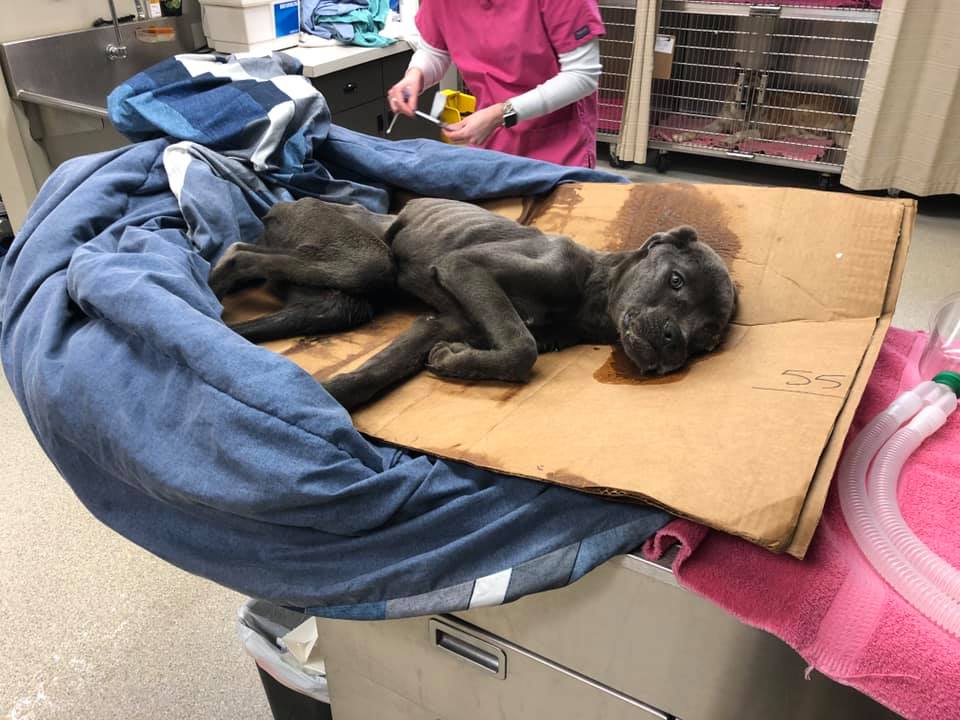 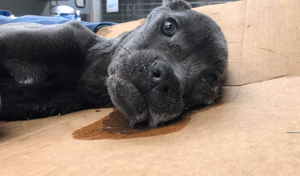 A good Samaritan found a package on the side of the road. The package was a rolled-up blanket and inside was a puppy that was passing away. The skinny puppy, later named Harris, had only skin left. He was brought to the Saint Louis Stray Animal Rescue (SR) medical center. 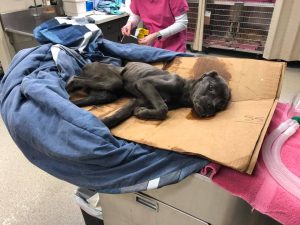 Unfortunately, it was clear that Harris had not just been abandoned. He had been severely neglected and abused. We cannot understand what drives a human being to harm such a beautiful creature. Fortunately, there are many more good people in this world than bad. As you will see, Harris will find many friends who will do everything to give him a happy and healthy life. At the time of admission, Harris was initially unconscious. His wounds were treated by medical staff and he was given fluids and painkillers through an IV. The volunteers sat next to him, waiting for the precious boy to respond. There was nothing left to do but wait. 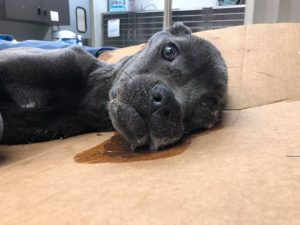 Knowing that fighting spirit and mental strength are important elements in rehabilitation, SR staff made a sign to remind Harris that he is loved, that his life matters and most importantly that he is brave! 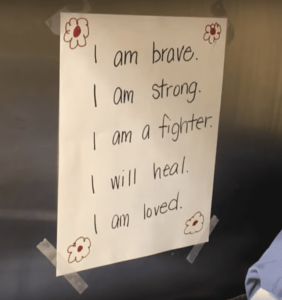 As time passed and it became clear that Harris was not responding well, a volunteer at the shelter decided to sleep with him to support him.

See, we told you that there are many more good people in this world than bad ones! 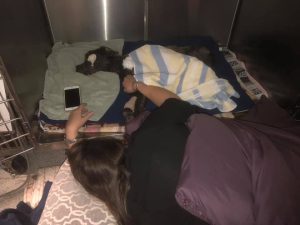 At first Harris had to be fed through a tube, but after a few days he was able to lift his head and eat on his own! Look at him! What a little warrior! Then, as if by magic, little Harris gets up and takes a bath! Look how cute he is! That lower lip is too much! 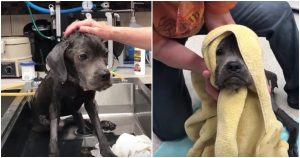 Harris soon takes his first steps. What a miracle! He receives support, but soon after, as you can see in the video below, he is walking himself! Every day Harris surprises the volunteer rescuers with new achievements. They were not sure he would make it. Of course they hoped, of course they never gave up, but every time Harris achieved something, his fellow humans were amazed. They kept calling it a miracle. And it certainly is! So Harris gives up because he is a great dog! Harris always makes his rescuers proud. He has a smile on his face and is even more confident now. The healing process is ongoing, but no one has any doubt that he will make a full recovery and find his perfect forever home. 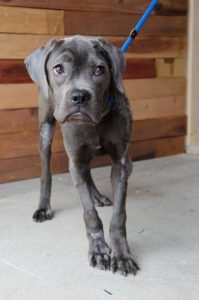 Watch the video below to learn more about Harris and his incredible journey of transformation and hope.

Please consider donating to Stray Rescue of Saint Louis. They are amazing too!