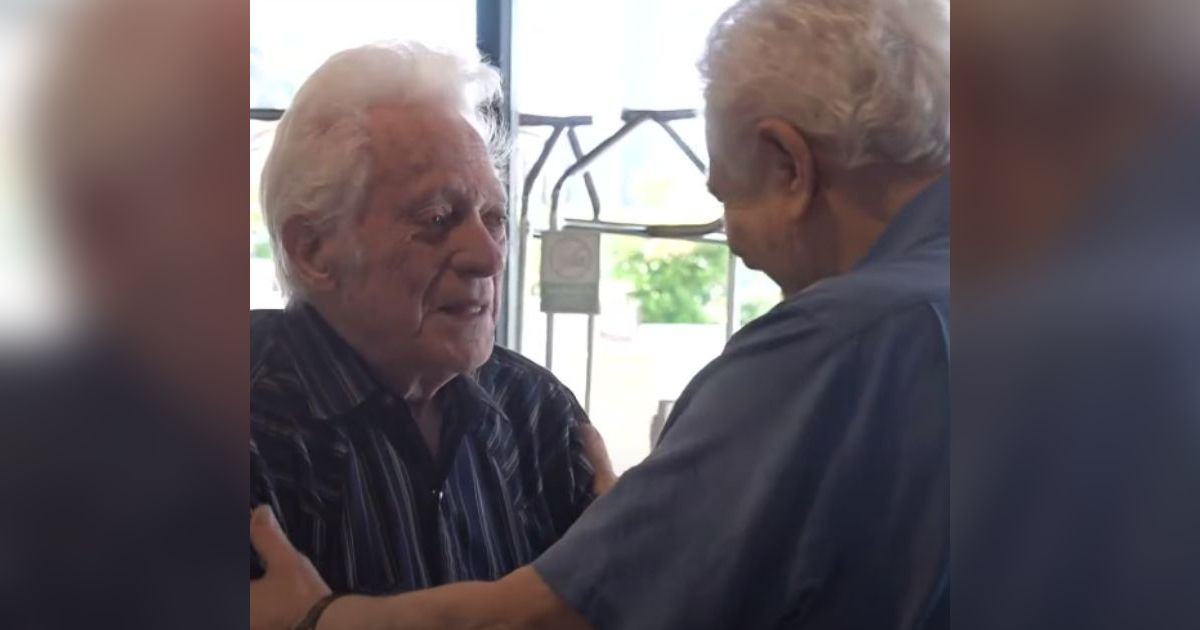 Wars and battles are the last places you’d expect friendship to form.

With bullets and blood, people going into wars are probably more interested in surviving and making it through than looking for people to be friends with.

There, they shared stories about home and life.

In an interview with CBS 8, Gerome shared:

“I was assigned to Oceanside California and that’s where I met Jack and we became instant friends. Because we’re both New Yorkies and we understood each other when we spoke, and we both would do the lindy hop.”

Unfortunately, the two best friends were separated after getting assigned to different battleships.

While Gerome stayed in the base, Jack went over to Okinawa.

After their departure, they never heard about what happened to each other.

“We just disappeared from each other. In this line of duty, you can’t help but think about what happens to those you fought next to. In this case, Gerome was my best friend and I kept wondering what happened.”

After 75 years, a reunion was set.

Peter, Gerome’s son, was able to help track down the location of Jack. Their families were able to connect through social media and the rest was history.

The reunion was set in a lounge area of a building.

When the two met, they immediately recognized each other.

No introduction was needed between them even though wrinkles were all over their faces and their bodies no longer looked as strong as before.

They hugged each other and became teary-eyed.

Clearly, the two have missed each other’s presence and it’s not that hard to understand why.

They’ve been each other’s support system during the war and when they suddenly had to be separated, it must have been devastating. They were like brothers.

Jack was extremely emotional after seeing the Navy veteran. He said:

“He is my best friend, he helped me during the tough times. I am overjoyed to know that he is here with me. Bless him and his family.”

The veterans’ reunion brought tears to a lot of people’s eyes.

“That is the coolest thing ever! You can see the happiness in their eyes. That is the type of blissfulness that cannot be explained or expressed at a human capacity.”

After greeting and hugging each other, the two sat down.

They talked and shared stories from the past.

And looking at how they spoke with each other, it’s clear that all the questions they had in mind were finally answered.

Both felt grateful that their friendship was able to withstand the challenge of the battle they’d been through. Moreover, they’re thankful that they’re still alive to share their stories with everyone.

Watch this heartwarming reunion in the video below!

Parents of 12 working multiple jobs to support their family get Christmas miracle from stranger
What do you want to get from your Secret Santa?
0 798