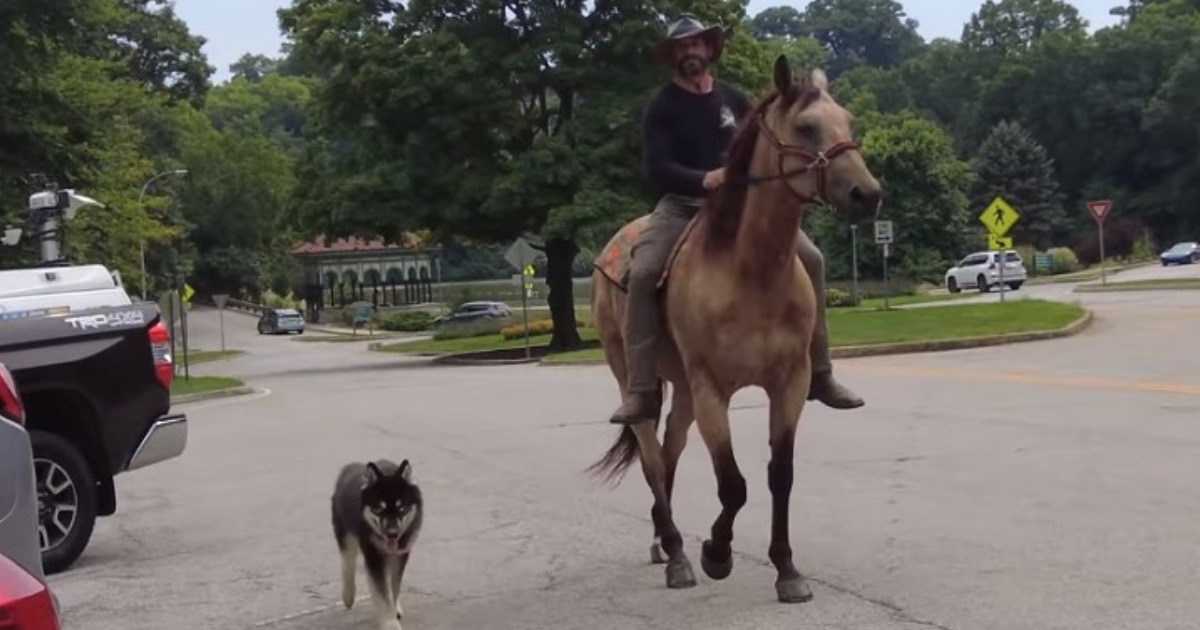 When Marine Matt Perella returned from deployment, he knew something did not feel right. He was suffering from PTSD and he even had days when he didn’t feel like going on with his life.

Luckily, he had his best friend, his service dog Raffe, with him, who saved him.

“I couldn’t believe that I got to such a place in my mind,” Perella told WLWT. “The moment I decided I was not going to live anymore, he came over and jumped on top of me, and he wouldn’t let me up, and he did that twice,” he said of his dog.

When he realized that he had reached that point, Perella decided that he had to do something about it. He was determined to not only seek help for the PTSD he was suffering from, but also to help other veterans.

According to Perella, 22 veterans lose their lives daily to suicide, and he is on a mission to change that.

So, the man took his dog and his horse, Buck, and started walking across the country in hopes to raise money for a ranch dedicated to service dogs, therapy horses, and, of course, veterans, who will have free access to it.

“I am setting out to build The Righteous Life Rescue Ranch for retired horses and death row dogs. I want to provide extensive training for dogs with aggression problems so that they can be donated to Veterans with PTSD as companion dogs,” Perella writes in a GoFundMe page he has created for this reason.

Matt and his companions in this project are also planning on having retired horses on the ranch in order to make sure they live out their days in a safe and humane environment.

They also wish to use horses as therapy for veterans suffering from PTSD.

Their coast-to-coast journey is about 5,000 miles long and it is supposed to be completed by the winter. Perella hopes to raise $10 million to build the ranch the way he has dreamed it.

“The more land the ranch has, the more horses [the ranch] can house, and the more retreats can be hosted at once,” Perella told FOX 19. “This is aimed to be the ultimate feel-good Ranch for veterans to come and enjoy absolutely free.”

And while Perella’s project and mission sound hard to achieve, he is determined to realize his dream and make the ranch a safe and healing place for every veteran having a hard time after deployment.

The man has also created an Instagram account for The Three Amigos riding across the US, and they already have more than 2.5k followers that support their mission.