Brittany Turnbill took her eight-year-old Shih Tzu Sugar, whom she affectionately calls “her daughter,” to the vet for a simple ear infection. But what started as a routine visit turned into an emergency when a serious mistake was made. iheartdogs.com writes. 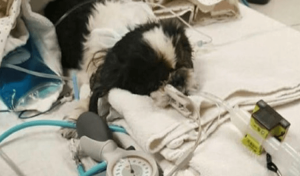 The vet accidentally gave Sugar a euthanasia drug instead of medication for her ear infection.

The veterinarian told her the terrible news and asked Turnbill to take Sugar immediately to the emergency room in Columbus, Ohio. ,,We accidentally gave her the wrong medication she may die.” she was told. 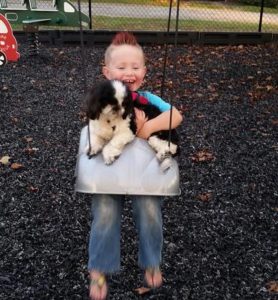 Turnbill took her precious pet to MedVet, a 24-hour emergency animal hospital in schock and panic. When they arrived, Sugar was removed from her arms and taken to the intensive care unit, where a tracheal tube was placed. She was hooked up to a life support machine. 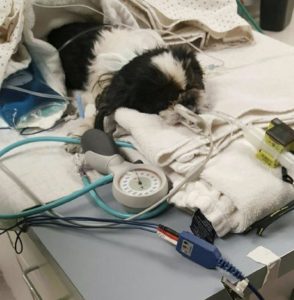 They told Turnbull that he had no choice but to wait. The lethal drug running through her veins could not be brought back. Everything they could do for Sugar was keeping her hydrated and intubated for the critical first 24 hours to see if she would survive or die. 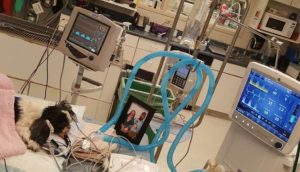 Sugar survived the first long night, but the MedVet vet told Turnbill that his little body would need another 72 hours to break down the medicine before the damage would be visible. And of course, there was always the possibility that he wouldn’t be able to do it at all. 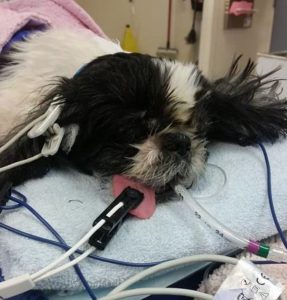 Later, when the family visited the unconscious dog, his pulse rose promisingly when they spoke to him. On some subconscious level, Sugar decided to fight back! The next night, the puppy was strong enough to be taken off the ventilator. Even though he wasn’t awake yet, he started to move more and responded to the voices of the visitors. 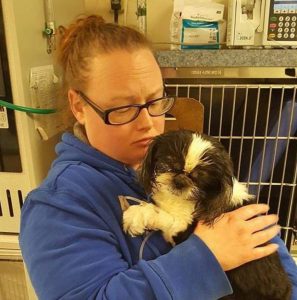 Just three days after the start of the terrible ordeal, Sugar wakes up from a coma! They took her breathing tubes off and she also went outside for a walk and potty. She then ate an complete can of chicken-flavored baby food! Turnbill and his family were able to cuddle their adorable pup for the first time in a few days, but Sugar was still out. We still need to check if there is any permanent brain damage. 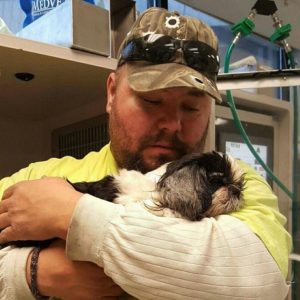 The EEG showed some short-term memory loss, but nothing else! Sugar would be fine! During the ambulance, she suffered a wound in one eye, but was saved in the end. 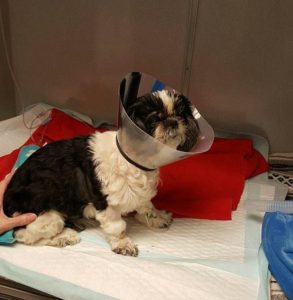 Sugar has been discharged from MedVet with medication for her injured eye and an ear infection. She must wear a large electronic collar around her neck until her checkup next week. Miraculously she is alive and well! Her family, exhausted, confused and incredibly grateful, is helping her rest and recover at home. 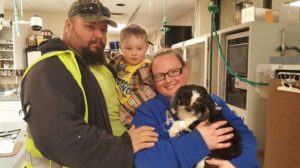 The reaction to Sugar’s story, which was posted in a series of updates on Turnbill’s Facebook page, was overwhelming. Thousands of people from around the world offered their support, love and prayers to a little dog they had never met. It was the vet’s fault that Sugar almost had to pay with her life, but Turnbill is certainly positive when she recounts the incident. She shows no anger toward the veterinarian who accidentally injured Sugar. Her words are full of gratitude for the staff at MedVet. Especially or the countless messages of support, and for her dog’s precious life.