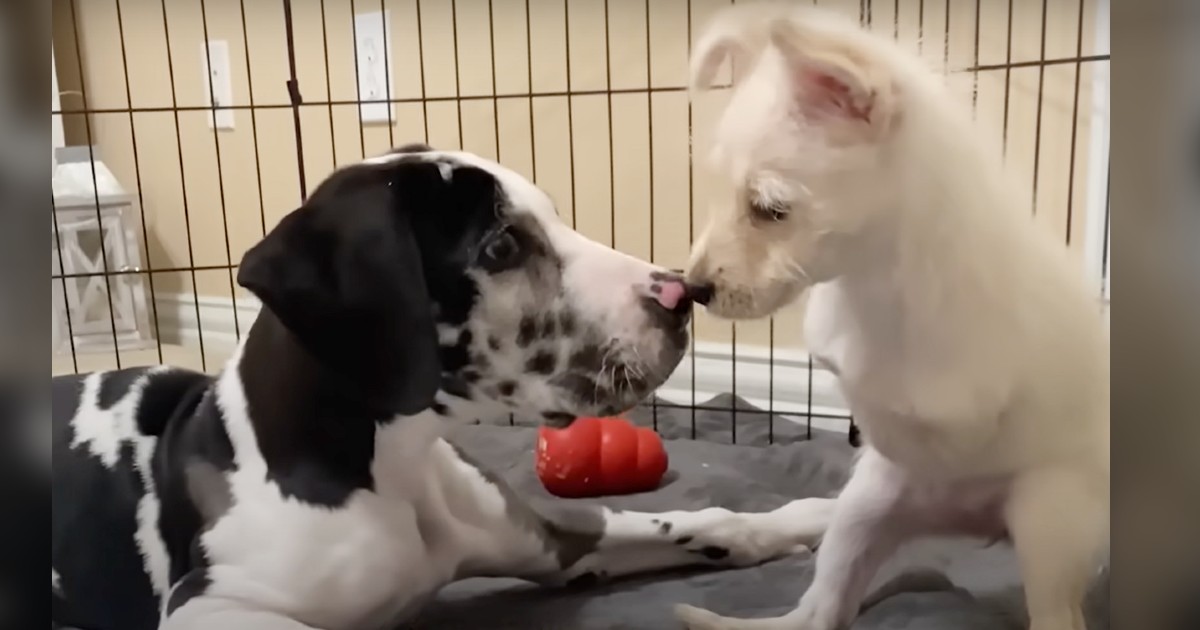 The fact that IHOP was born without two legs is one of her adoptive parents’ favorite things about her.

But it’s a fact that her original parents wanted to euthanize her over.

Duke and Steph didn’t hesitate when they were asked to take in IHOP, who was also born as the runt of her litter.

“Right off the bat, we knew IHOP had a huge personality. From the moment she played with the first little toy she was up on her hind legs throwing it around,” IHOP’s mom Steph told The Dodo.

IHOP is a fiesty doggo and a mouthy one too, which makes her super vibrant.

Though IHOP was adjusting well to her new foster home, she was still trying to figure out how to get around on two legs.

So, Steph and Duke decided that IHOP would do well with another dog friend that could maybe teach her how to get around.

IHOP was introduced to Millie but they just didn’t click. Their relationship also made IHOP aware of the fact that she was “a little different” than other dogs.

So, that didn’t quite work out. But then IHOP met Waffles.

Waffles, a Great Dane, was rescued at just 10 weeks old. She sustained an inoperable spinal injury that took the use of her legs. She also has two different colored eyes.

“The emergency vet we took her to advised us to take her home and give her a really good night before bringing her back in to cross her over. They said she had no quality of life to look forward to and caring for a paraplegic Grate Dane was something just not feasible,” Steph and Duke’s Instagram page The Pawerful Rescue said.

Steph and Duke planned to take care of Waffles until she no longer had a quality of life.

“Then Waffles met IHOP. The two instantaneously bonded and that was the first glimpse we had of Waffles moving her legs. Once we saw that it was game on!”

Though Waffles is much larger than IHOP, the two were immediately inseparable the first time they met.

IHOP and Waffles knew that they were “in the same boat” or “a little different, but special.” Steph says that IHOP is responsible for Waffles having mobility.

Waffles was terrified when she first tried out her wheelchair but once IHOP came outside with her she started to chase after her buddy and use the wheelchair properly.

There were lots of people interested in adopting IHOP, but Steph and Duke knew that they couldn’t separate her from Waffles.

The couple says that there is absolutely no denying how both IHOP and Waffles’ quality of life has increased by being together and motivating one another.

“We are firm believers in things happening for a reason and these two were brought together and into our lives for a reason.”

Learn more about IHOP and Waffles’ story in the video below.

Boy’s emotional reaction to gift he’d been wanting for 9 years is melting the internet’s heart
As tough as you are, an adorable dog can always make you cry.
0 279