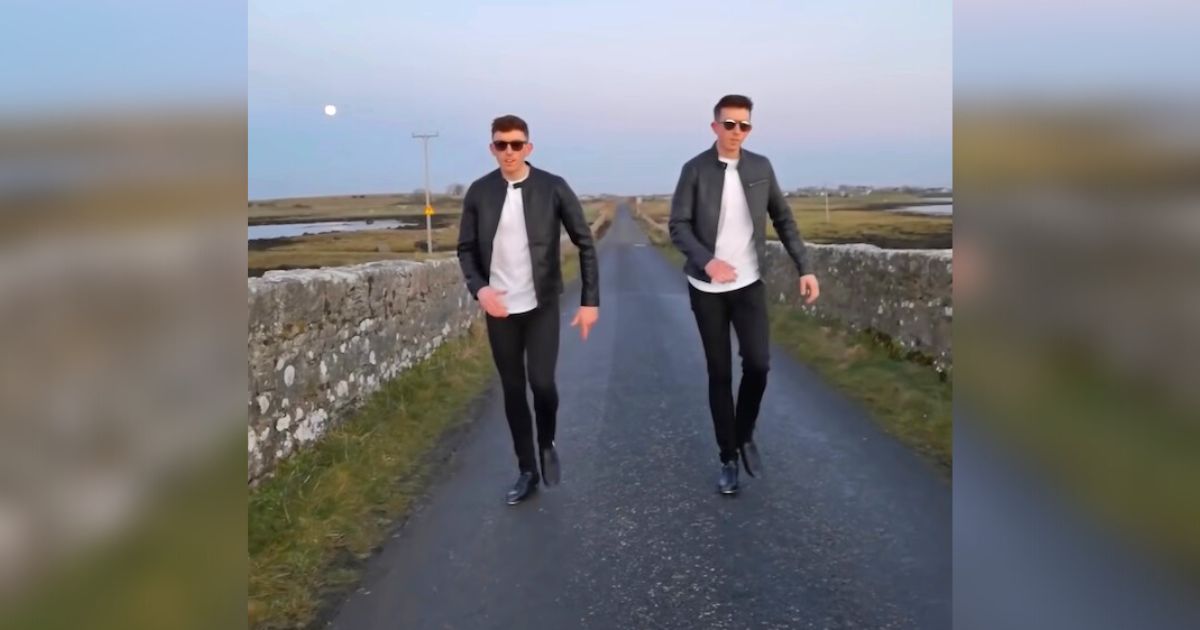 Are you ready to watch this performance?

This video starts out simply and you wonder, ‘what’s different about this?’ And in less than ten seconds, you’ll find out.

Usually, when we hear this song, it’s followed by a cover band performing it with so much gusto. We rarely watch a video of two brothers dancing to it.

But here we are.

What comes to your mind when thinking of tap dance?

Is it the traditional old-school tap dance? Is it a countryside setting or a musical or play?

They’re featured in this video and have come out to show that tap dance can be melded with modern dance.

You just need to choose the right song and create the right choreography.

Choosing Queen’s “Another One Bites The Dust” definitely brings the dance to a level it has never seen before.

It’s perfectly timed to the beats and sequences and it also helps that they’ve really embodied the essence of the song through their performance.

And it turns out that’s what the brothers do in all of their performances.

Mike and Matt are the Gardiner brothers.

They are 5 times World Champion Irish dancers and, between the two of them, they have won 50 major dancing titles.

Their goal is to show the world their Irish culture and dance through a mash-up of traditional Irish and modern music.

The Gardiner brothers have been dancing since they were three and four years old.

And they have been racking up so many national, regional, and world titles between the two of them since they started.

Today, they teach dance at the Hession School of Irish Dance in Ireland and are both members of the Irish dance group, Riverdance, where they get to dance around the world.

But it wasn’t until 2020 that they become very active in creating more dance videos. And it wasn’t just any type of dance video.

They wanted to showcase the versatility, modernism, and athleticism of Irish dance.

Because they had a specific goal, they were noticed by a lot of celebrities, including Jack Black, Jamie Lee Curtis, Tiesto, and Arron Crascall, among others.

Soon enough, they were being interviewed and featured on shows like Home and Family, RTE Nationwide, Ireland AM, Australia’s 7 network news, NBC’s Today show, and RTE Today show.

In September 2020, they were signed by Andrea Roche Model and Influencer Agency and became the first ever Irish dance influencers.

Not too bad for two boys who just loved to dance.

Parents of 12 working multiple jobs to support their family get Christmas miracle from stranger
What do you want to get from your Secret Santa?
0 826