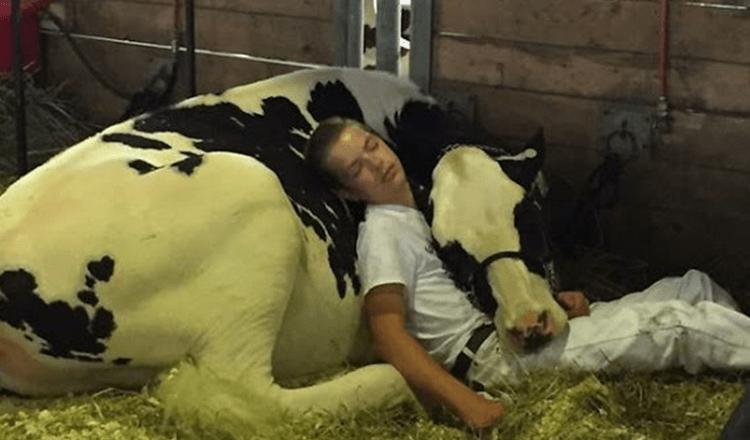 Mitchell Miner is a 15-year-old boy. He and his cow Audri recently competed in the Iowa State Fair dairy kettle show. Even with their hard work and dedication, they only placed fifth out of seven. The two were exhausted. They took a nap when the boy’s father came in to photograph them as they cuddled side by side. The picture was shared with the caption: ,,Our son Mitchell and his heifer after yesterday’s show’. By the next day the picture received over 15,000 likes.
Laura Miner is Mitchell’s mother. She reported to the Des Moines Register: ,,I think if you spend that much time with them, they’re going to do really well.’’ She and her husband grew up on a farm. Now that they live at another place they want their children to have a connection to their roots. So the family borrows animals during the summer so the kids can experience life on a farm. Jeremy Miner ist Mitchell’s father. He said: ,,We learned a lot from the farm. We’ve been steeped in those values, and we try to do everything we can to preserve them.” Audri, the sleeping cow, will return to the dairy farm as soon as the September events are over. You can tell the picture went viral. 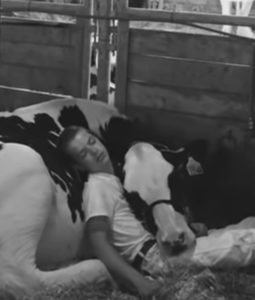 The picture shows Mitchell Miner and his cow Audri. They recently competed in the lows State Fair dairy kettle show.