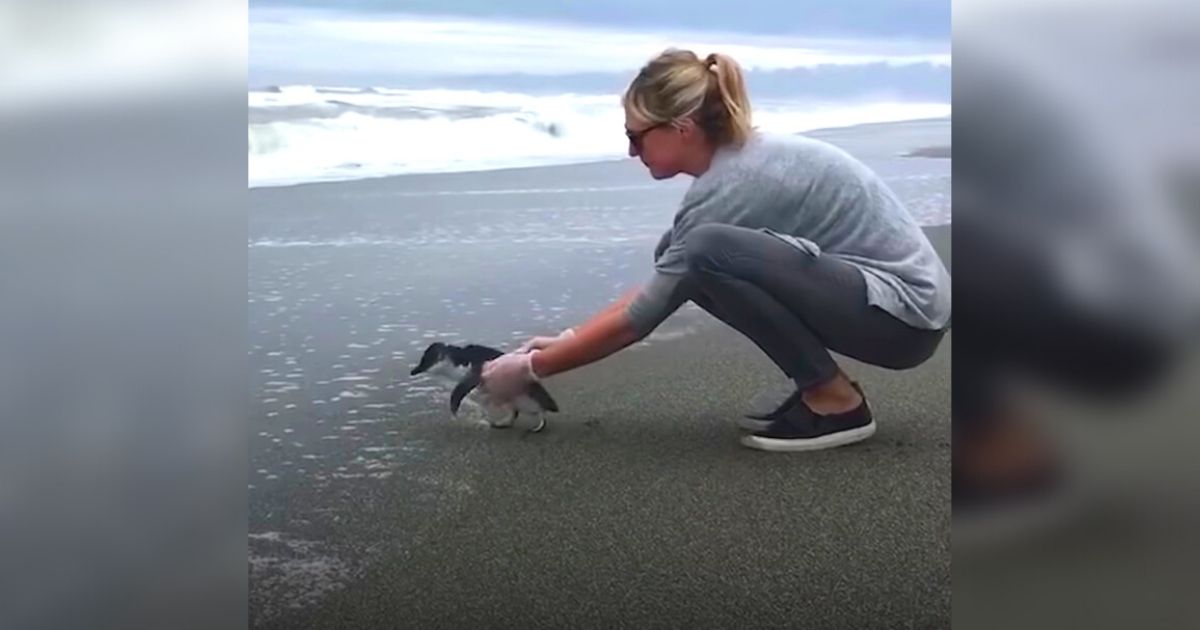 Animal rescue can be a thankless job. Few people do it but when they do, they do it with all their hearts.

This blue penguin was rescued from being entangled by plastic netting.

He was then turned over to the Kaikoura Wildlife Hospital in Kaikoura, New Zealand, where he was treated for a head wound and severe exhaustion.

When he finally recovered, they helped release him back into the ocean.

It was tougher than they thought.

It seems like the blue penguin developed a connection with his caretakers. He walked a few feet away before turning back to the person who took care of him.

He then looked back at the ocean and took a few more steps toward it. But before he could reach the waves, he took another look back at his caretaker.

He knew this was goodbye.

He was never going to see her again. But when he felt the ocean water touch his feet, he remembered it was where he belonged. And he ran into the ocean.

The waves may seem to stop him but he didn’t care. He pushed himself past the waves and swam to his home.

And besides, blue penguins are used to the rough waves of the New Zealand coastline.

Blue penguins are also called little penguins or fairy penguins. They are the smallest of the penguin species.

Their beaks are black and their eye color varies from silver to blue, grey, or hazel.

The undersides of the flippers, torso, chin, and throat are white but can become gray or brown.

And the top of its head, neck, and torso, as well as the outer parts of its flippers, have an indigo-blue color.

They’re their own kind of bird.

Blue penguins are both diurnal and nocturnal. They are extremely noisy and have their own individual call.

Their species is verging on becoming endangered because of natural predators and industrial fishing. They’re also the ones who suffer the most from oil spills.

It’s a good thing this little blue penguin was rescued at that time. He probably had a family who depended on him to feed them.

They’re not migratory birds and they tend to stay close to their colony. So when one is missing, the colony is most likely in an uproar.

This blue penguin was so blessed.

It was lucky to have been turned over to the care of Kaikoura Wildlife Rescue.

She said that the hardest part about wildlife rehabilitation is the injuries and deaths the animals and the caretakers have to deal with.

“Many patients arrive in rehab due to human-induced injuries, rather than natural injuries,” Sabrina said. “You do your very best for every patient, but some cannot be saved despite treatment and countless hours, which is always saddening. The best aspects of wildlife rehabilitation are saving native birds… Releasing birds back into the wild makes it all worthwhile.”

See this little blue penguin say goodbye to his rescuer in the video below!