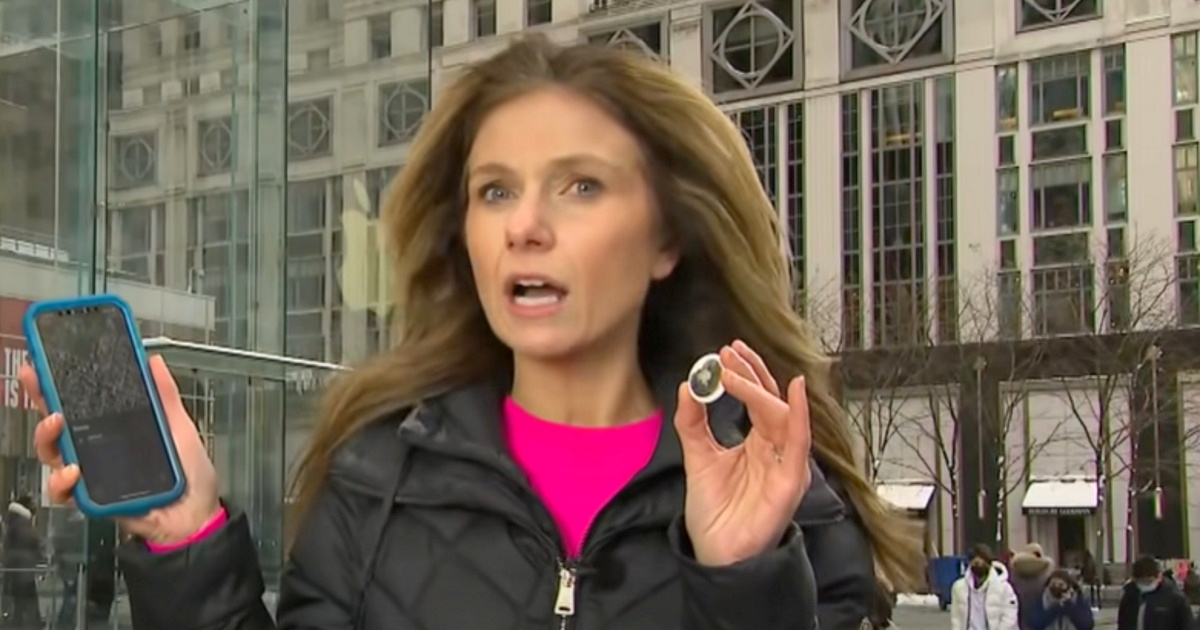 Invasion of privacy is a very real nightmare that happens to a lot of people. Perverts and creeps especially go through extreme means just to be able to satisfy their twisted desires.

And with all the technology available to us, it’s only inevitable that issues of stalking and spying surface for the world to see.

Brooks Nader is a 25-year-old model who says that she was stalked.

The Sports Illustrated swimsuit model opened up about her experience via an Apple AirTag tracking device.

Nader was just about leaving a bar in Tribeca when she got a notification from her cellphone, saying, “Someone’s tracking you and has been for a while.”

Nader continued, “I had no idea that these existed until it happened to me. I’m kind of just trying to raise awareness and tell all my ladies out there to watch your belongings, look [out] for the notifications.”

Nader says someone placed the tracker in her coat when she wasn’t looking.

She’s since reported the matter to the police.

An Apple spokesperson responded to the swimsuit model’s experience saying, “We take customer safety very seriously and are committed to AirTag’s privacy and security.”

The device, according to Apple, is designed with a set of proactive features. Features which are designed to discourage unwanted tracking. They say it’s a first in the industry.

Both features should inform users should there be an unknown AirTag with them. In theory, it should work to deter the criminal minded.

Air Tags are designed in such a way that they can be attached to items that are frequently lost.Key, wallets, and other smaller important items can be attached with those AirTags so they are easily found.

Several other women have reported the same experience, saying they were being tracked by the same means.

A woman discovered that an AirTag was tracking her while she was out running errands. Another woman said her iPhone notified her of an unknown accessory just after her workout as she was leaving her gym last year.

“This ‘device’ followed me for the last five hours to every location and (it belonged to) no one in my ‘network.’ It also wasn’t a phone or tablet, it was an ‘item,’” Nader explained.

She then shared a screenshot of an AirTag via Instagram Stories: “@Apple, did you take into consideration the danger and potentially fatal consequences this device has?”

The model added: “For those asking, it’s not my AirTag, it’s someone randoms, who must have slipped it into my belongings while out. Thank you all for checking in and sending helpful articles. I want this to be a PSA to all my ladies to please please check your belongings.”

It’s not a pleasant experience regardless of age or gender.

Let’s hope Apple does take the matter seriously. Fathers, check your daughters’ belongings or even the car, if there is such a tag in question. It’s a crazy world out there.