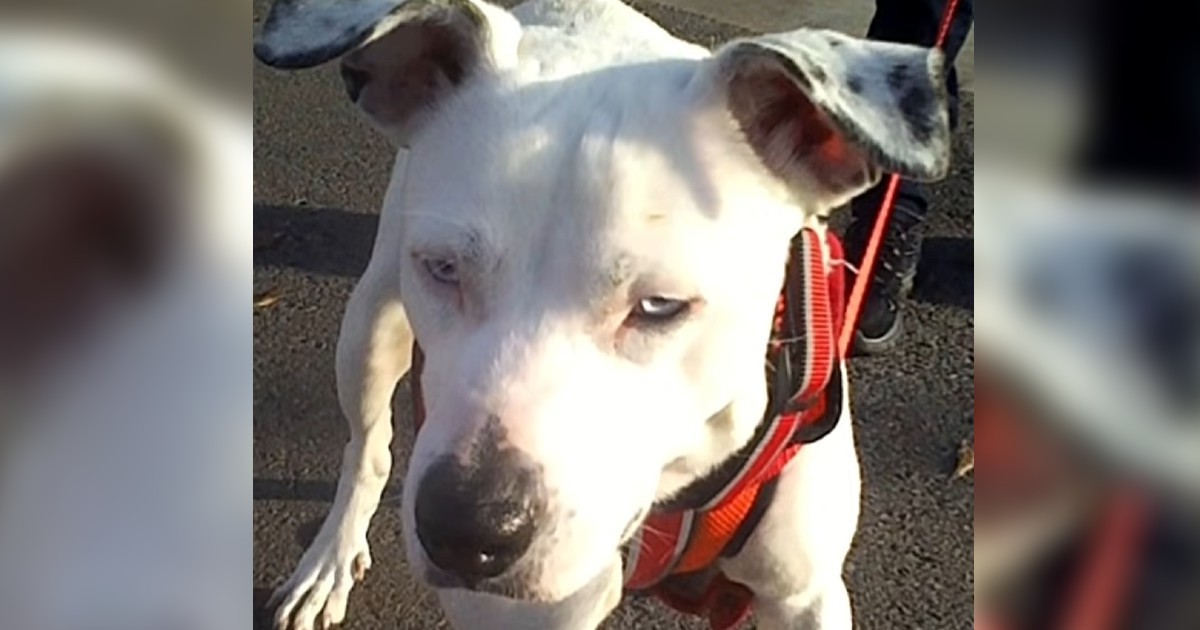 There are many people in the world who would put their pets before themselves. Not because anyone is forcing them but because the bond they share is so deep.

This includes some people who find themselves in dire straits, like a man who lost his home named Clifford James Herbert.

Most of us walk by homeless people in dire circumstances without a second thought. We just continue walking.

Very rarely do we take the time to consider that their reality might be a result of circumstances out of their control. Compassion can go a long way, and good deeds can sometimes turn into beautiful stories of love and kindness as Jenine-Lacette DShazer discovered one winter night in Fresno, California.

Noticing a man and his dog

Jenine-Lacette was passing by a homeless man with a beautiful white dog curled up in his arms.

She saw that although he was evidently in pain, he was also trying his hardest to keep the dog warm.

Jenine-Lacette offered him a blanket from her car, some toilet paper, and some cat food. He was extremely grateful for the gesture and the two began talking about his dog and his life.

It was through this conversation that she discovered his heartbreaking story.

Clifford James Herbert spent most of his life as a farmer and owner of a mechanics shop. Mr. Herbert lost his job, lost his ability to speak clearly, and developed a disability after complications during a heart surgery which forced him into a coma. Subsequently, he became homeless.

Jenine-Lacette learned that the white dog in his arms was called Baby, and Mr. Herbert had rescued her from an abusive owner who beat her.

Soon after, he disclosed to her that he was sick with cancer and had only a few weeks left to live.

He pleaded with Jenine-Lacette to help him find Baby a forever home so she could be safe and protected after his passing.

Helping the man get his final wish

Jenine-Lacette was touched by his love of Baby and moved by his distressing circumstances. She started a GoFundMe donation page to get Mr. Herbert and Baby off the streets and raised $26,000 for them. She worked tirelessly to help find the right home for Baby.

Shortly after, Mr. Herbert moved into a motel, and Baby was adopted by a loving family, fulfilling his dying wish.

We’re so glad that Baby found a good home, and we’re sure that came as a big comfort to Herbert. This dog had lots of people looking out for her, including a dad who would do truly anything for his baby.

You’re obsessed about those legs. Fans went berserk when Victoria Beckham appeared in a racy skirt.
09

The gorgeous form of Gwyneth’s mother in a bikini has everyone swooning. How stunningly lovely she is!
She has stated that after turning 50 last year, she
0 437

Kaylie with her large belly in a bikini won the online battle.
Along for the ride with Tom Pelphrey on their tropical
0 140