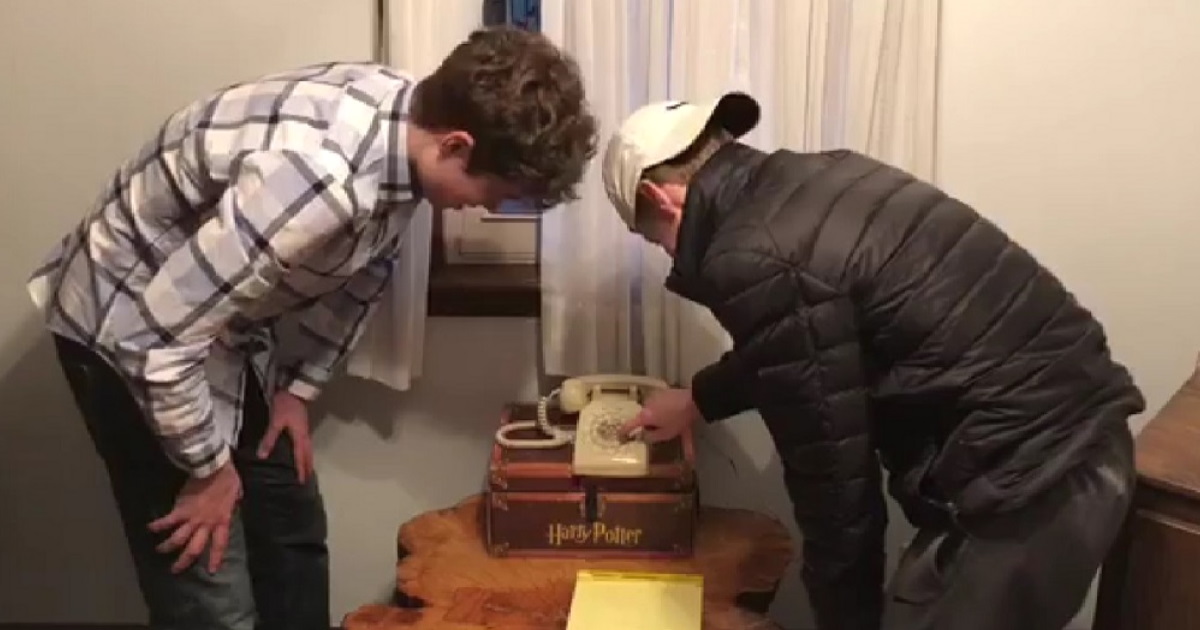 One of the most telling differences between generations is the technology we use.

Technology has evolved so fast in the past decades that kids live with gadgets that are way different than their parents.

Since the phone was introduced in the second half of the 1800s, it has become one of the most ubiquitous pieces of technology ever invented. What started out as cones for speaking and listening, people can now talk to their friends anywhere in the globe through a tiny screen. But how did it come to this?

It was a learning moment for two teens when they found a “strange” phone.

In a video posted by Kevin Bumstead, two young guys saw something they’d never used before. They lifted a box and revealed a rotary phone.

To the uninitiated, this specific phone model can be mistaken as an antique. While it was phased out after keypads were invented, some people still kept theirs.

The teens knew it was a phone, however.

They just didn’t know how the parts worked! They grew up in the age of just pushing buttons, so something as complicated as this didn’t compute well in their heads.

The man behind the camera asked the teens to do a simple task – dial a specific number within four minutes. This might seem easy to a lot of people, but for these two, it felt like their breaking a vault dial.

They started “dialing” the number listed on the piece of paper.

Or at least they tried! They inspected the numbers and dial just to get a feel of how it works. But despite all their “investigation”, the phone proved to be “too complicated”.

They tried “dialing” the number but stopped midway when they realized that they really didn’t know what they were doing. The man behind the camera shared a hint, though. Something that would help them figure it out.

However, he just said that they got one number right.

They tried their best to use the information to their advantage but in the end, the phone still bested them.

To lift their spirits, though, a woman in the background said that everyone also had a hard time using it the first time.

Luckily, the teens didn’t give up.

For one, they finally realized that they need to pick up and put the receiver on their ear before they started dialing. The woman even coached them that the sound can tell them if they’re doing things correctly.

They kept on trying and figuring out what the roles of the “little holes” on the dial were and came up with different conclusions. All of these didn’t make sense still and at one point, they called themselves “dumb.”

Who says technology is only difficult for older people?

It’s obvious the people in the background were having fun watching younger folks figure out the technology that came before them. Understandably, they couldn’t help but giggle at different points.

Time was running out!

In the end, the teens gave up, finally admitting that there were things that were beyond the reach of their contemporary understanding. Teens – 0, rotary phone – 1.

Good thing we’re onto keypads now because, by the looks of it, they’d do better just sending letters.

Watch the video below to see these two teens hilariously try to figure out a rotary phone. Nice try, guys!

Parents of 12 working multiple jobs to support their family get Christmas miracle from stranger
What do you want to get from your Secret Santa?
0 878