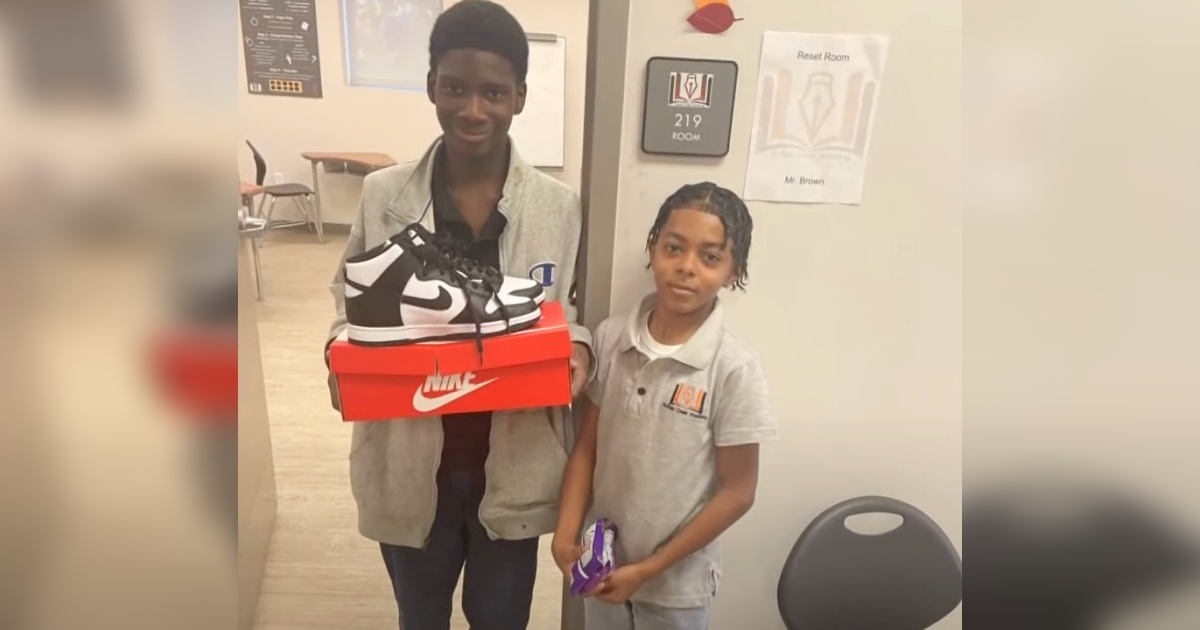 Is it easier to judge than to help?

Today, one of the saddest realities is how people choose to bully, mock and judge other people.

Wouldn’t it be nicer if we were to practice empathy and compassion?

Buffalo Creek Academy in Buffalo, N.Y, is a charter school that prides itself on its four core principles.

“Leadership, integrity, focus, and excellence,” are the four core principles that Dean of Culture Bryant Brown Jr. shared with WGRZ-TV.

They framed these four core values in their main corridor, so they would serve as a constant reminder for all the students.

They saw his worn-out shoes that were already falling apart, and instead of compassion and empathy, the kids laughed at him and ridiculed him.

“I could tell it was upsetting him,” said Romello, his best friend.

Melvin wasn’t the type of kid who would make a big deal out of the bullying, but his best friend knew.

“It just put a real bad ache in my stomach to see somebody have to go through that, and to be to be picked on just based on appearance,” Romello shared in an interview with WGRZ-TV.

The young boy wanted to do something for his best friend.

Romello saved up his allowance and then asked his mother to help him go to the store and pick up new shoes for Melvin.

The next day, Romello came up to Melvin and handed him a red shoebox.

“I’m really appreciative of what he did for me,” Melvin said. He then showed the brand new Nike sneakers that Romello gave to him.

It was his size, and they looked good on him.

“I’m doing chores at home so I can earn some money to try and pay him back for what he did for me,” Melvin said to the interviewer.

Romello smiled and said that Melvin didn’t have to pay him back.

Once you know them better, you’d think they won’t get along because of their personality differences.

Melvin is introverted and soft-spoken while Romello is outgoing and has no problem expressing his thoughts and feelings.

“At my old school, throughout all the grades I was picked on because of my height,” shared Romello, who also had his share of bullying experience.

“And that made me think about how nobody else should have to go through how I felt,” he continued.

He took the Nike shoebox and placed it on the Dean’s table.

Initially, Mr. Brown was confused and asked the boy to remove the box, to which Melvin answered, “Melo bought me some sneakers!”

It touched Mr. Brown’s heart when he heard the story. He asked the boys if he could take a photo and share the sweet story.

The Dean wanted to share a valuable lesson with everyone, not just the kids at his school.

Before judging and bullying someone for what they are eating, wearing, or how they look, maybe it’s better to take some time and realize that it’s better to be kind.

Watch the touching story below, and don’t forget to share.