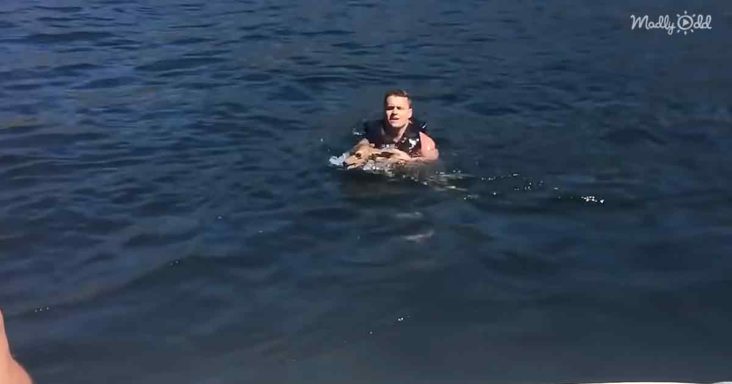 Lyle Welsh and his family were on a boat trip when they heard a strange voice coming from the water. The poor little fawn was drowning in the icy water and was calling his mother for help. 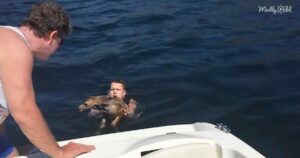 The current was too strong and the fawn couldn’t deal on his own. So Lyle’s father asked him to jump and try to rescue the animal. The guy managed to reach and catch the deer how hard it hadn’t been. However, the little fawn turned out to be very stubborn and he tried to escape the rescuer’s grip. 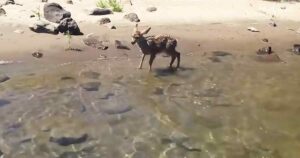 After a short fight, Lyle brought the fawn to the boat where his father welcomed them, took the fawn, and dried him off with a towel. The family soon dropped the little one off at the shore where they exchanged their last farewell looks.