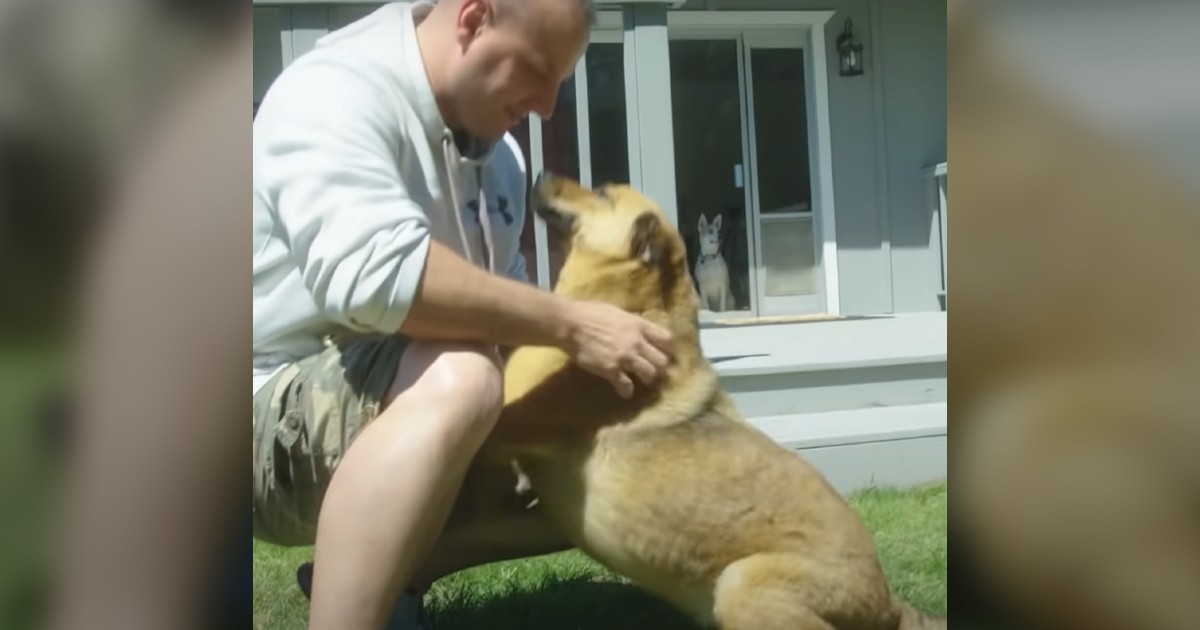 They have waited for two years to be with their military dad again. And now, on the day of his return, someone else is surprising him, too.

It’s hard to be separated from your loved ones for years. And it’s not just hard for the humans but for their fur babies as well.

Jeff McConn has been away from his family for the past two years.

Jeff has been with the US Navy in Japan for the past two years. And Luna is aware that her dad is not with them.

That’s why she took it upon herself to be there for her human brother, Roman. For Jennifer, it felt like Luna had to fill in that nanny role for Roman.

Luna is a very special dog. They adopted her in Texas before eventually moving to Washington state.

She was the reason Jennifer and Roman started rescuing dogs.

Roman didn’t like the thought that not all shelter dogs are adopted or even get to live. He was determined to have all dogs adopted.

He and his mom made it a mission to visit the shelters in their area and be there for the dogs. He befriends the dogs and makes videos about them to encourage potential adopters to adopt the dogs.

Then they moved to Washington state and the mission evolved.

They discovered they can help even more shelter dogs be rescued by transporting them from Texas to Washington. Thus, Project Freedom Ride was born.

In December 2016, they brought 31 rescue dogs from Texas to Washington to their forever homes.

Since then, they have been transporting rescue dogs from Texas and Georgia to Washington state, Northern US states, and even to British Columbia in Canada.

And it all started when they rescued Luna.

And then Ru came into their lives.

Ru is about 5-6 months old and loves treats, according to Roman. She was adopted before then returned, then adopted again, and returned once again. One reason why she might have been returned several times is that she is also deaf.

When Jennifer and Roman found out she was returned again, they took her in to be fostered.

She became Roman’s shadow. She went everywhere with Roman.

When Roman waited outside for the school bus, she would be right there with him, waiting. When he returned from school, she’d be there waiting for him and would not leave his side.

Making the decision to adopt Ru was a no-brainer, especially since it seemed Ru chose Roman.

Jennifer and Jeff are so grateful to have Roman as their son.

“We wanted to raise someone that would give back and do better,” Jennifer shared. “He had a heart that was bigger than his whole little body.”

When Jeff arrived, it was a special time.

Not only were they celebrating Jeff’s arrival, but they were also celebrating Father’s day and Roman’s birthday all in one day.

“I’m more excited for my dad coming home than my birthday,” Roman exclaimed.

And during the party, Roman couldn’t focus on anything. He just kept looking if his dad had arrived.

When he spied his dad coming around the corner, he ran up to him to give him a big hug. Luna saw them and rushed to Jeff’s arms, too.

Luna was especially happy since, for her, every time Jeff left, it could be forever. And she’s also Daddy’s girl.

For this time, Jeff stayed put to be with his family, which included Ru, who loved Jeff the moment she saw him.