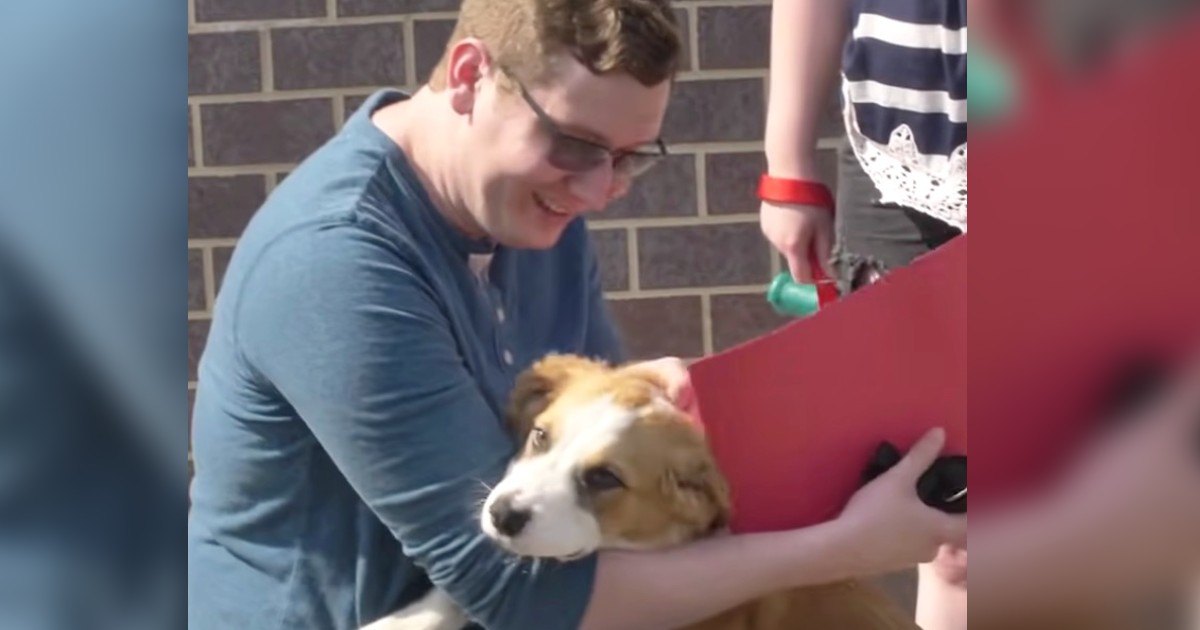 Since 2011, Tracy and Scott Whyatt have saved the lives of 3,700 dogs and adopted them all into loving forever homes.

The couple was tired of the fact that 2.7 million dogs and cats are put down each year in shelters because the shelters are too full.

Tracy and Scott started Tracy’s Dogs after she went on a six-week work furlough in 2011 and decided to follow her dream of dedicating her life to saving dogs.

Tracy and Scott spend their days on the road driving to kill shelters to save Texas-based dogs that would otherwise be euthanized.

The dogs are brought to the Tracy’s Dogs’ facility in San Antonio, Texas, where they are given medical attention and prepared for adoption.

Tracy’s Dogs then finds forever homes for the doggos and pre-adopts each of them. Tracy’s Dogs will partner with places like PetSmart to use a meeting space where new dog owners meet their pre-adopted dog.

Each month, Scott loads the dogs up into a 32-foot trailer and takes them to PetSmart parking lots in Minnesota, Wisconsin, Illinois, Indiana, Ohio, Pennsylvania, Washington D.C., and even Florida to meet their new families.

“When people adopt are adopting a dog from us, I really want them to understand they’re adopting that dog but they’re really saving three dogs’ lives,” Liz Grabarits Operations Director said.

The San Antonio facility only has space for about 100 dogs at a time.

So, when 60 dogs leave, 60 more can come in and be saved from kill shelters.

That’s mean’s there’s also space for 60 more at the shelters.

At these events, the Tracy’s Dogs staff gets to see the beautiful moments where a dog is taken into a home where they will be loved unconditionally and cared for for the rest of their lives.

That’s why they’ll often hold a ceremony of sorts called “Gotcha Day” where all of the families coming to adopt dogs will gather in front of the trailer, while the puppies being adopted are formally announced and handed to their new owners. Everyone claps and cheers and it’s insanely adorable.

Megan Peters and Brian Roseto had been searching for a pet online without success until they finally found Tracy’s Dogs.

“We found Benny, soon to be Finn’s photo, and fell in love with him immediately,” Peters said.

And that’s exactly what happened when Megan and Brian got to meet the dog they would name Finn for the first time in PetSmart’s parking lots.

Roseto was just beaming at the sight of his new friend.

There were over 60 happy families made complete that day.

Whyatt says they get between five and 30 adoption applications per dog.

Check out all the joyful faces made that day in the video below and learn more about the organization at tracyspawsrescue.org.

Watch the dogs meeting their new owners in the video below!