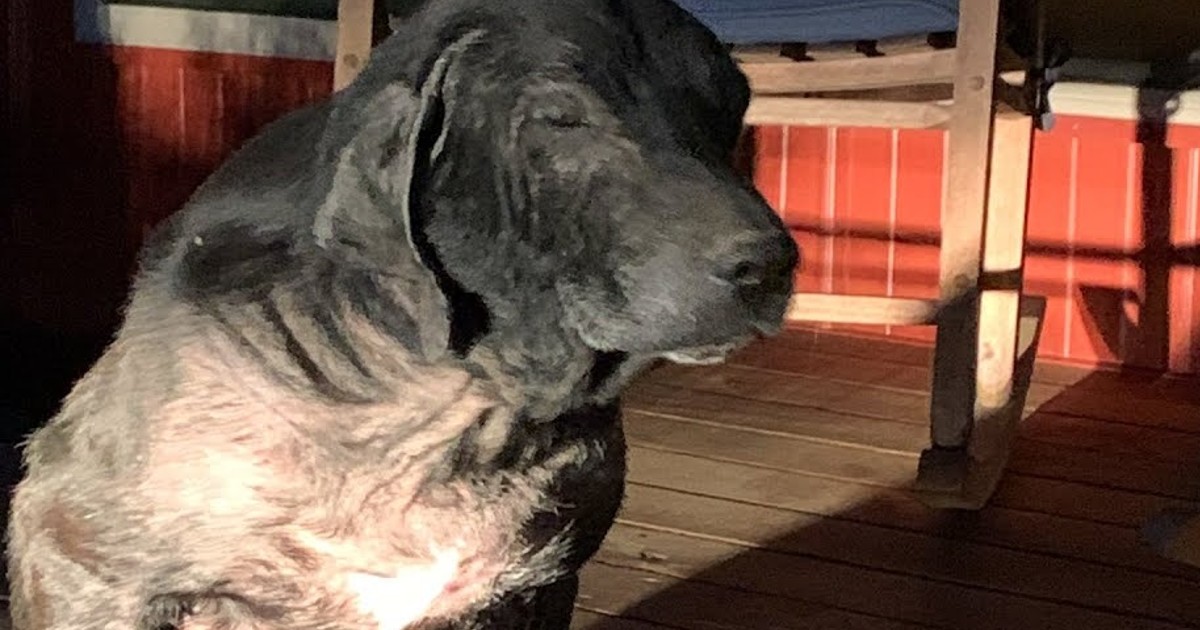 When Libby and Zach came home one day, they were surprised to find an unexpected visitor.

“I could see there was something on the porch. Out here, it could be a bear,” Zach shared. “And then I could tell it was a dog and he was wagging his tail. He wasn’t in good health.”

Libby and Zach lived on a 200-acre property in Arkansas with no neighbors. Where in the world did this dog come from?

And more importantly, what are they going to do now?

They knew they couldn’t leave the dog alone outside. The dog won’t be able to survive anymore. They had to take him in and give him shelter even for a while until they find his owner.

Libby and Zach brought him in and gave him a bath. The couple already saw that the dog wasn’t in the best shape. He was dehydrated and couldn’t move freely.

The dog was also disoriented, probably because of all the health problems he acquired.

The dog, who they named Turbo, was so grateful for the care. While Zach was giving him a bath, Turbo just stood there and let Zach clean him.

They took him to the vet, who told them Turbo was about eight years old.

Once they started giving Turbo his medications, his health took a turn for the better. Turbo was moving better and was even running outside with their other dog, Ava.

Libby and Zach tried to look for Turbo’s possible owner.

They posted his photo all over Facebook. They asked the vet if they’d seen Turbo before. But no one got in touch with them about Turbo.

Now, they know for sure that Turbo can be part of their family!

But how will he get along with their other dog, Ava?

Well, it wasn’t love at first sight, that’s for sure.

“[Ava] tried to give him a lot of sass at the beginning. But then, they had a bit of a battle over some chew toys and they became friendly after that,” Zach recalled.

It’s still funny how Turbo just walked up to a random house and knew that was where he needed to be.

He just knew the owners would take him in and that’s why he patiently waited for them to come home. And when they finally arrived, he was ecstatic and seemed to say, ‘Finally, you’re home!’

That day was also a beautiful coincidence because they had just come home from awarding an inspirational young man named Rikki Maisonet.

Rikki was called Turbo at the distribution center where he worked.

And on the same day, they met Turbo and it just made sense to name him Turbo.

Libby and Zach did not know that day that they’ll gain an additional member in their family. But they’re grateful Turbo chose their house and them as his new family.