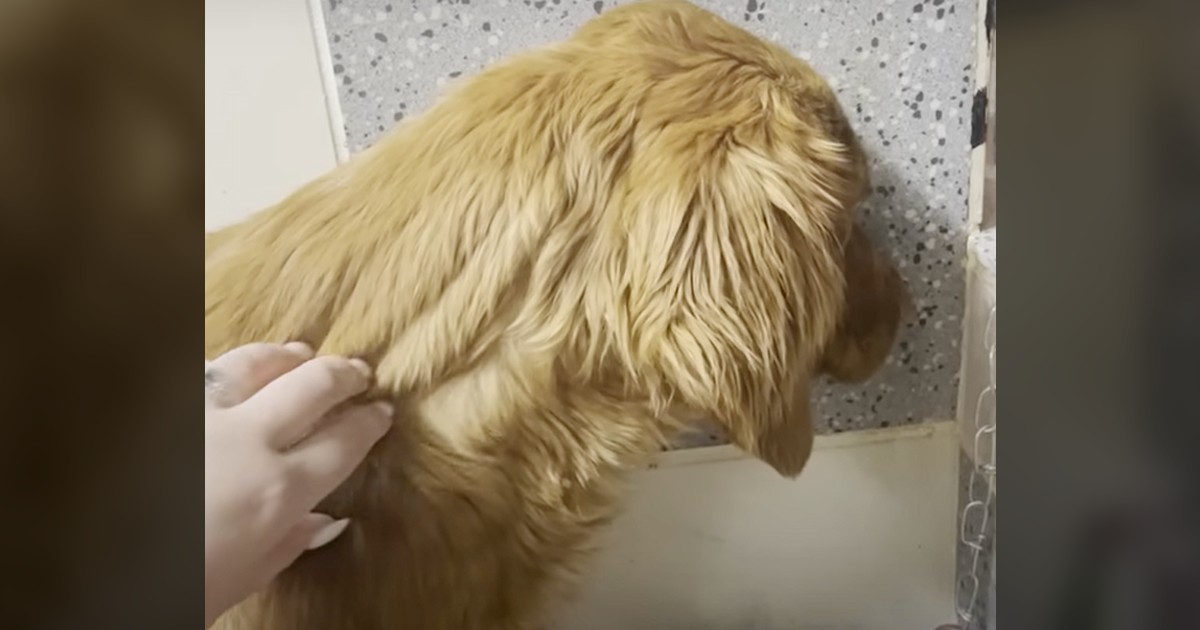 Animals have feelings too, and it’s devastating how a lot of people seem to forget that.

Owning a pet is a privilege, not a game where it should be easy to give them up and leave them. For these animals, their humans are their worlds, so just imagine if they find themselves suddenly abandoned?

Animals get hurt too.

When an abandoned dog named Kita was rescued, she was assumed to be all by herself for weeks on “acres and acres of property.” She was absolutely terrified because she literally had nobody.

That night, Julie gladly took her home and gave the poor dog a much-needed bath. Despite being rescued, Kita looked incredibly broken the whole time.

The dog was devastated.

“She was tucked into a little, tiny ball, as small as she could make herself,” Julie recalled.

Even the tiniest things scared her. We will never know everything she had to go through, but her actions show that her past wasn’t at all easy. Ultimately, Kita always acted like she was always afraid to be left behind again.

It broke Julie’s heart to see Kita this way.

“Eventually, I picked her up and I put her on the couch,” she recalled. “Four or five days in, she jumped up and laid right next to me, and I started crying.”

Kita’s first few days brought home a rollercoaster of emotions, so when she started showing signs of feeling safe, Julie couldn’t help but be grateful.

In contrast to how terrified she was initially, the dog is now starting to open up. In fact, the adorable dog is a complete attention-seeker. She just loves attention.

“She’s gaining that confidence that every dog should have. Eventually, she very slowly and very hesitantly walked up the steps for the first time,” Julie fondly recounted.

“Seeing her going from the sad, wet puppy who was caught in a crate to cuddling on a couch, accepting love, and asking for love. It’s amazing,” she added.

After two weeks of fostering Kita, they were able to find her forever family. Kita is now in her forever home where nothing in the world would make them leave her.

According to her new family, Kita struggled when they first took her home. She was hiding and was hesitant to allow anyone to touch her.

She was on adjustment mode again.

Thankfully, her “sisters” helped her get used to her new home. Living with her are a couple of dogs named Raven and Flare.

“Kita was definitely timid at first going out but as she saw Flare and Raven take off, she felt a little bit more comfortable to go and take off as well,” Kita’s furmom shared.

Eventually, Kita warmed up and showed that just like the other dogs, she loves having fun too. She’s always excited to play and run outside and to spend time with her beloved sisters. It took some time, but everything was worth it.

Kita’s heartbreak is now just a thing of the past as she lives her brand new life full of love and joy.