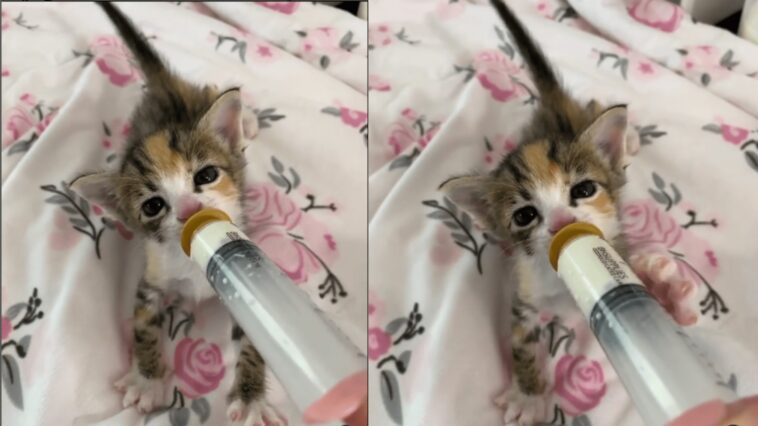 Milkies, ear wiggles, and tail wiggles with Ruby! She’s the biggest mamas girl in the litter and always wants to be first in line for her milkies ☺︎ @teenytinyfosters said.

Is Ruby the sweetest thing or what?? Her gentle slow biscuits so girly and cute

The gems are all doing so good! They will be upgrading to a playpen today so they can have more room to play @teenytinyfosters said.

After milkies Ruby is ready for her closeup

Ruby having her milkies with bonus ear wiggles and tail wiggles ♡ She has the loudest meow of all the little gems and always wants to be first for every meal! @teenytinyfosters said.

Ruby says her new food dripping off her face is so delicious!

Ruby and Diamond playing in the big tunnel for the first time! Ruby got a little confused at the end, Diamond didn’t know if he should intervene