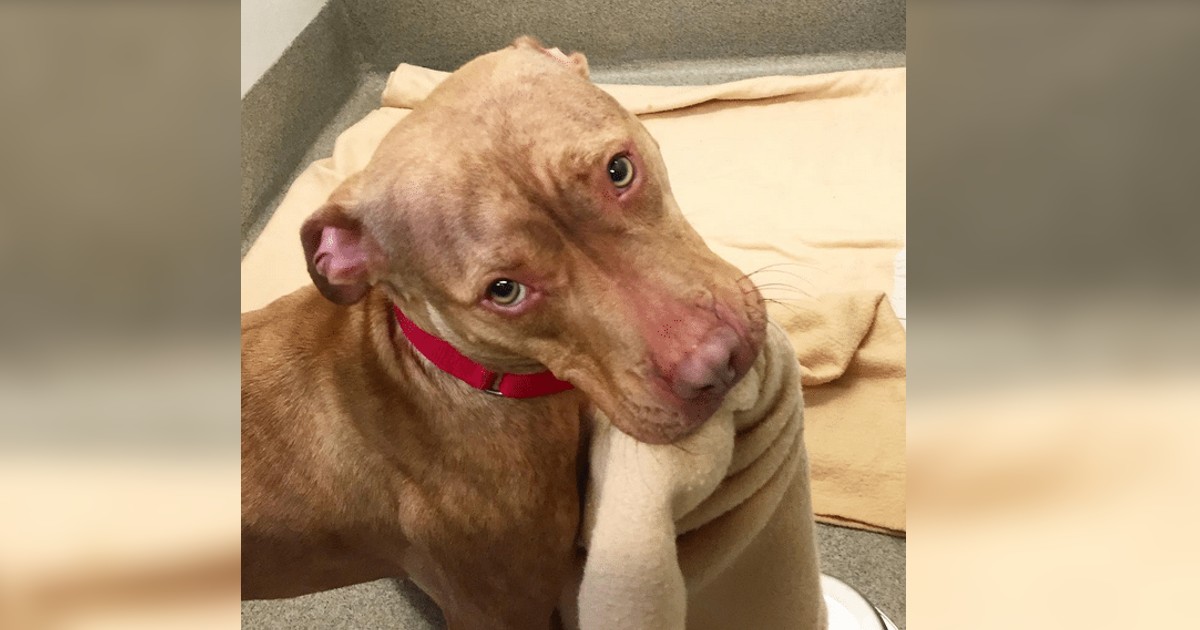 A stray pit bull named Rush was a bit nervous when he arrive at the SISCA Pet Adoption Center. The shelter staff did everything they could to make him comfortable, including giving him lots of cuddles, treats, and a comfy bed.

And it was this bed that ended up making Rush famous. One day, a shelter volunteer walked by and saw Rush making the bed!

And so, a shelter volunteer decided to shoot a video of Rush’s unique behavior. They shot about a minute of footage of Rush carefully moving his blanket around.

SICSA put the video on YouTube. To their surprise, it quickly went viral, receiving over 2.5 million views. SICSA posted a cute photo to their Facebook page celebrating their internet-famous pup.

The shelter received tons of requests from news agencies who wanted to feature Rush.

The shelter used this platform to talk about why pit bulls make such great pets.

“There are a lot of negative stereotypes about the American pit bull. If we were able to highlight the cute cuddly points of Rush, then we can help people look beyond the pit bull label,” Nora Vondrell, executive director of SICSA, Ohio, told ABC News.

With all the attention, it wasn’t long before the perfect adopters came to see Rush.

In a video, the husband and wife explained that they’d lost their dog earlier that year. They weren’t sure if they were ready for a new dog, but then the husband saw Rush’s story on the news and his wife saw it online.

The wife texted her husband excitedly and said, ‘I think I want him.’ Her husband was ready for another dog too, and so after work, they headed right over to SICSA to see if Rush was still available.

As they were heading to the shelter, they received a sign that they were making the right move. They passed a Cincinnati Bengals billboard that said ‘Rush to be there.’ However, ‘to be there’ was in small letters, so all the couple saw at first was the word ‘Rush.’