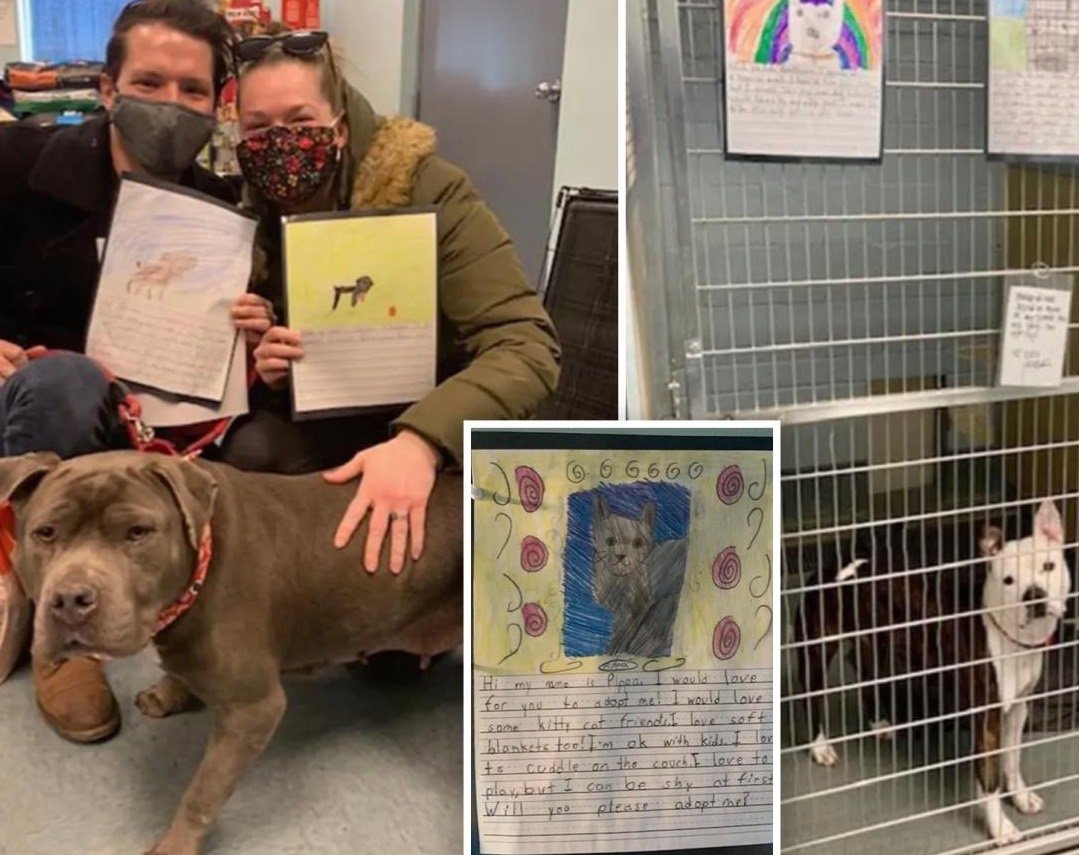 It’s always inspiring to see young people inspired to help animals. Sometimes children have the most adorable and creative ways of helping cats and dogs in need, including those in shelters looking for homes.That was the case recently, after one class of second-graders began a heartwarming project to help some local shelter pets get adopted.

Kensey Jones is a second grade teacher at St. Michael’s Episcopal School in Richmond, Virginia. This school year, she came up with a great idea that would both give her young students a creative and educational project while also helping some rescue pets get some much-needed attention.

The idea: have the students draw pictures and write stories on behalf of pets in need awaiting adoption at Richmond Animal Care and Control. Kensey has been a weekend volunteer at the shelter. 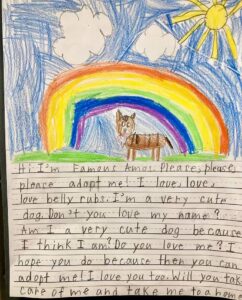 “The idea came to me that I could connect [the students’] persuasive writing paragraphs with something real in the community,” the teacher told Good Morning America.

She reached out to the RACC, and they not only accepted the proposal but were thrilled for the help. 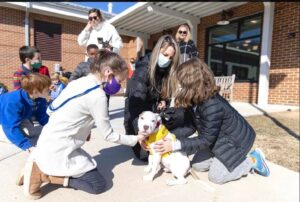 On January 31, the students met an RACC shelter dog named Snowball, and learned of the shelter’s mission. They were then each assigned and briefed on an adoptable pet — 23 dogs and 1 cat — and got to work.

The 7- and 8-year-old students took their “persuasive writing” assignment to heart. In their sweet childlike way, they wrote on behalf of the pets, making the case why they should be chosen by potential adopters. 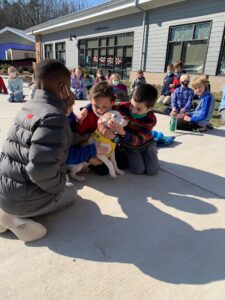 “Hello, My name is Sunday Special. I would love to be adopted,” another student’s letter reads. “If you do adopt me, I hope I will brighten up your Sundays like the SUN! You’ll be my Sunday Special, and I hope I’ll be yours!“

“I love, love, love belly rubs,” another student wrote in the voice of a dog named Famous Amos. “I’m a very cute dog… will you take care of me and take me to a home?”

The pictures and letters were displayed at the shelter on the pets’ kennels. For prospective adopters, the stories no doubt put some adorable personality into the adoptable pets.

And amazingly, the project did wonders for the animals: according to NPR, the vast majority of the pets the kids wrote about have been adopted, with only four dogs remaining in the shelter. 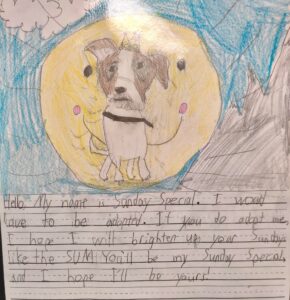 “It was just a miraculous marketing tool to help people find those pets and fall in love with them with the stories that the kids wrote, and then take that pet home with them,” Christie Chipps Peters told NPR. 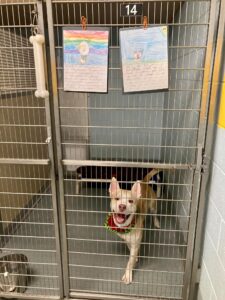 Peters is sure that the kids’ letters made a big difference. Sunday Special was one of the dogs who has since found a home, and she’s sure the promise to “brighten up your Sundays like the sun” was what convinced the new adopters. 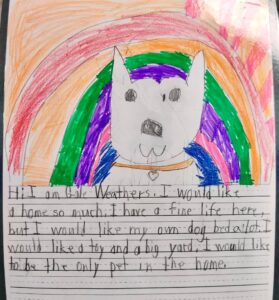 “His little story, I’m telling you, is the reason that he got adopted.”

Kensey Jones says her students were thrilled about the project and have taken a great interest in the dogs’ lives — and that the assignment helped their important writing skills.

“This classroom project collaboration allowed me to combine my two greatest passions, children’s literacy and helping animals in need,” Jones said in a press release, according to the New York Post. “I am so proud to see my students rise to the occasion and write amazing persuasive paragraphs through the eyes of one of their RACC dogs.”

She hopes more teachers will be inspired to start their own similar projects, for both the kids and the dogs.

“Make that impact for not only the children, but the dogs that are awaiting their forever home,” the teacher told NPR.

What a beautiful story. Thank you to these sweet second graders for helping all these dogs find homes! You really made a difference.

Liz’s appearances in bikinis are always well received by the public. This incident is not unique.
In a cute new video to advertise her new holiday film
0 235