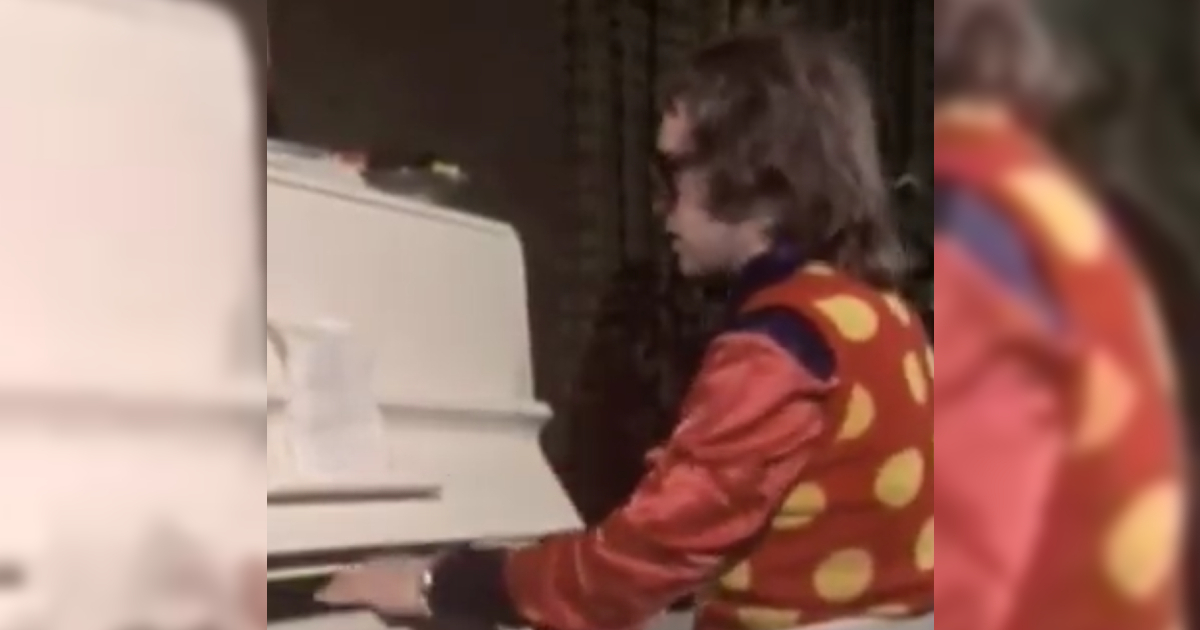 Every great piece has to start somewhere.

The most gorgeous paintings out there started as just another weekday project for an artist. And some of our favorite songs had humble beginnings too.

An old video resurfaced of Elton John explaining the origin of his hit “Tiny Dancer”.

The piano tune John wrote for it is amazing on its own, though it’s the lyrics that we’re looking at today.

In this old video, a young Elton John breaks down what went into writing the song.

Too specific to just be a made-up woman.

“There’s one here I did just the other day called ‘Tiny Dancer,’ which is about Bernie’s girlfriend. I looked through all them and this is the one I fancied doing, mainly because I knew Bernie would like me to do this one.”

She was the first wife to Bernie Taupin, a collaborator to Elton John who co-wrote this song.

Elton John makes it clear that the lyrics would only work with a slow, gentle song.

A faster-paced, heavy tune simply wouldn’t work. It’s all thanks to the specific word “Ballerina”.

“As soon as you see ‘ballerina’, you know it’s not gonna be fast. It’s gotta be sort of gentle and slow.”

They’d written the song days earlier, and it seems like they wrote it on a crumpled piece of paper.

John pulled it out, uncrumpled it, and then played the song for the first time.

John’s voice in the live first performance of the song is nearly indistinguishable from the studio recording.

It shows just how amazing of a singer he is.

In the room with them is Maxine herself, the tiny dancer whom the song talks about.

Of course, she likes the song quite a lot.

Not everyone gets to have a song written about them as a tribute.

Maxine revealed in 2019 that it was like receiving the greatest gift that 2 of your best friends could ever give you.

There was no question the song was about her.

She was into ballet as a kid and sewed all kinds of patches onto Elton’s clothes.

She did marry the music man as the song goes. Though they divorced in 1976.

And the song’s legacy is still here. The 2022 song “Hold Me Closer” by Elton John and Britney Spears samples “Tiny Dancer.”

However, critics weren’t as widely fond of this song.

It’s simply a mashup and reuse of John’s older songs with some new vocals thrown in, they say.

I suppose when you make a lot of masterpieces like John, it makes it harder for any new stuff you release.

People will always compare them to your best ones, and you won’t always get the most favorable comparisons.

See the classic moment in music history in the video below!

Parents of 12 working multiple jobs to support their family get Christmas miracle from stranger
What do you want to get from your Secret Santa?
0 832