Sometimes the future of stray dogs is in hands of kind people who will take care of them. 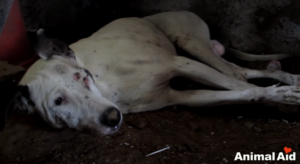 Rescue group Animal Aid Unlimited, India recently found an injured stray dog who was in great need and in awful condition. The poor dog couldn’t walk as he had a spinal injury. He was hiding in a store room and no one could find him if not for these kind rescuers. 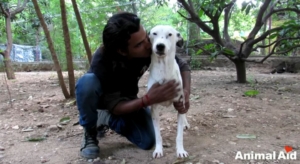 The dog was intimidated and the rescuers wrapped him in a blanket to make him feel less scared. The rescuers took the dog to get his medical treatment.

The dog was named Alby. After a month Alby could walk again and the caretakers were proud of him.