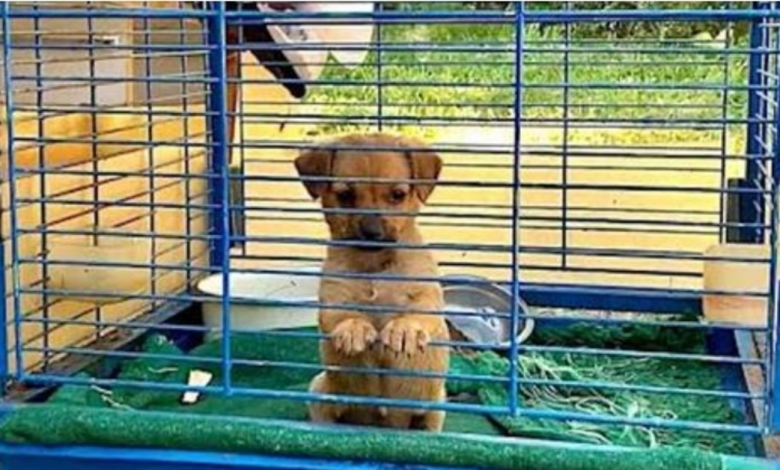 Dog Rescue Shelter in Mladenovac, Serbia got a call about a little puppy living in a bird cage in someone’s yard. The bird cage was set up outside and contained the one-month-old puppy and a filthy water bowl, writes reshareworthy 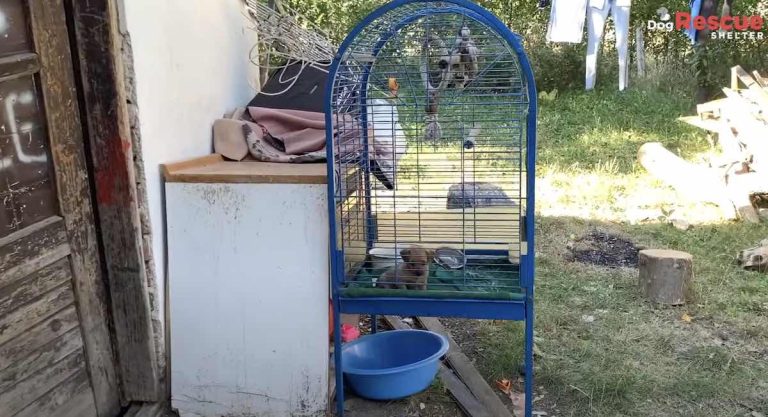 As soon as the puppy spotted her rescuers she began to cry and her tail began to wag.

Milan, with Dog Rescue Shelter, knocked on the door of the puppy’s home to talk to the owners but no one answered. Milan shook his head in disbelief that the puppy was being caged as she was, unprotected and exposed to the elements.

He couldn’t have the puppy endure such an existence so he took her from her cage and brought her back to his shelter.

Once she was well enough, “Mini” was adopted by a wonderful family with three girls who treat Mini like a pup princess!

(It should be noted that we do not know the full story behind the puppy’s removal from her previous home. It has been reported that neighbors were the ones who called the animal shelter.

However, it is unclear if animal control authorities were notified regarding the removal of the puppy prior to this video, or if the homeowners were notified before or after the video was taken. However, Dog Rescue Shelter has been in operation in the country since 2007 and is one of Serbia’s few non-profit, no-kill animal shelters.