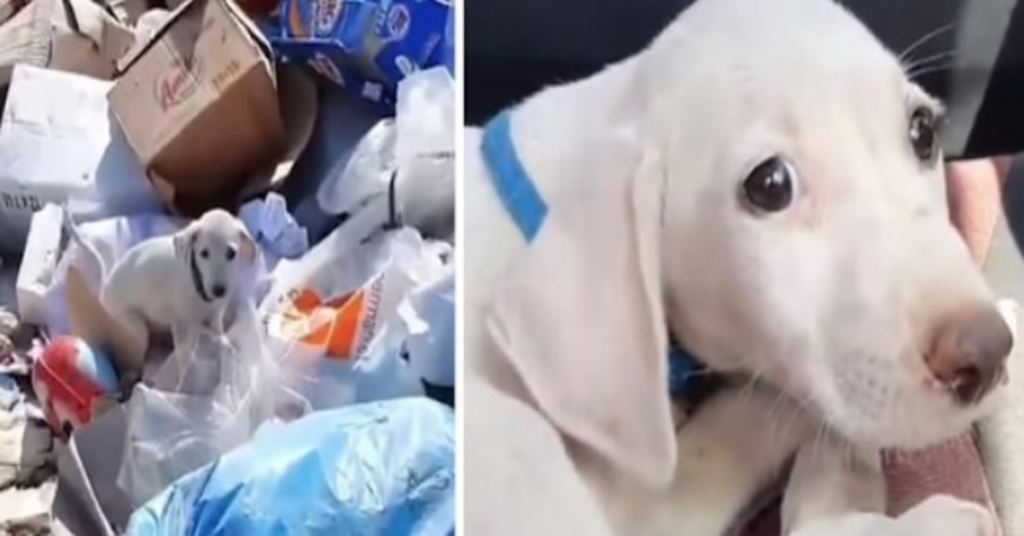 A beautiful puppy found in a dumpster can expect a long and happy life thanks to an animal lover’s daily routine. Rescuer Takis Proestakis finds dogs almost every day at the local dump. In fact, it was the rescue of an abandoned dog at the dump that led him to found the Takis Shelter.

On the Greek island of Crete, unwanted dogs are often left as garbage. As the trash makes its way to Takis’ shelter, he inevitably returns home with another dog. That’s what happened the day Takis discovered Samu. 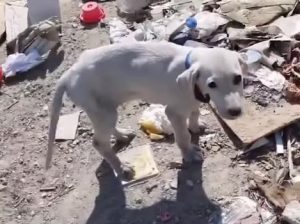 Samu almost blended into his surroundings. His white fur was the same color as the mattress he hid behind. ,,We’re back.” Takis says in the rescue video as he pulls his dog Zoe out of the car. Takis hopes that Zoe will help him pull the puppy to him, and he succeeds. 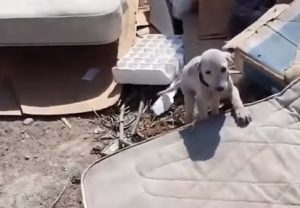 Once the puppy is safely in the car, Takis can’t help but admire him. ,,Look at that cute face.” he says, noting that the puppy’s collar is still blue. 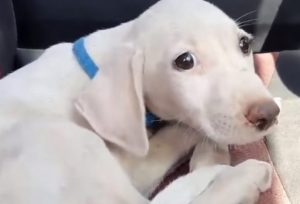 Takis takes Samu back to her shelter on a hillside in the middle of an olive grove. There is room for 300 dogs at any one time. Samu was shy at first, but soon relaxed with the other animals and started playing with the other dogs in the shelter. It wasn’t long before Samu was noticed by a foreign visitor who took the dogs to Takis’ home in Finland. Samu soon arrived in Finland and befriended two other dogs rescued from Takis’ shelter.

Here’s to having the happiest life there is! Watch the video at the end to see how Samu is doing!