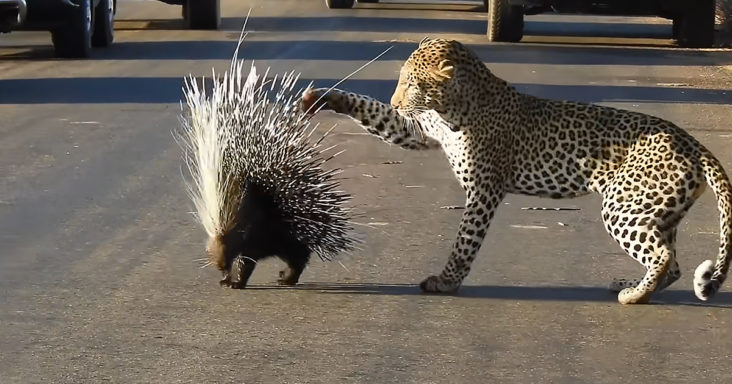 A porcupine in Kruger Park, South Africa, recently taught a leopard one of the biggest life lessons. 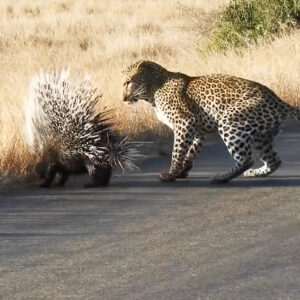 Though leopards are very dangerous and fast there are some animals that are not afraid of them. Leopards catch their prey faster and without any noise. But this time the prey showed the leopard who was the boss. 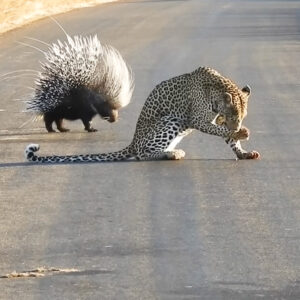 When the hungry feline tried to catch the porcupine with his paws the animal defended himself very well. The brave porcupine pointed his thorns at the leopard. The big cat had his paws injured and started licking them carefully. 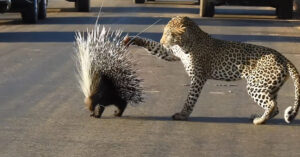