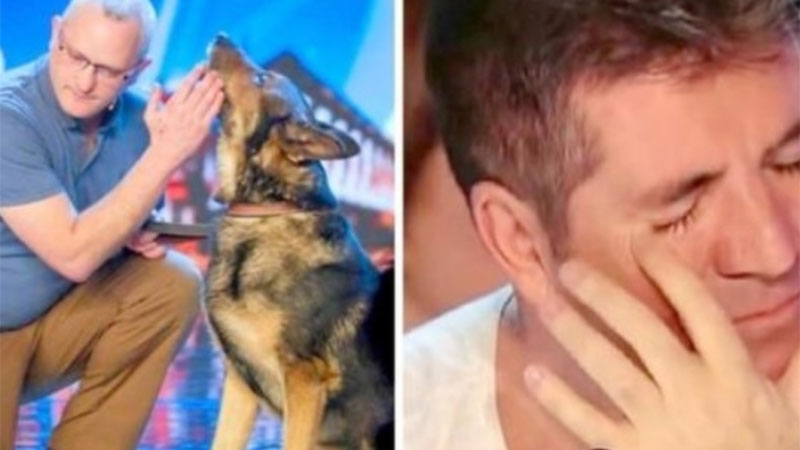 They thrilled the audience and the judges with some serious mind-reading skills, but it was their incredible backstory that made everyone cry their eyes out! Just months back, Dave was tackling an armed suspect, when the suspect suddenly attacked Dave with a 10-inch blade. The brave Finn instinctively shielded Dave and ended up getting stabbed in his chest and head.

Dave handcuffed the suspect and rushed the dying Finn to the ER. One of Finn’s lungs was punctured, but his heart was intact. The doctors took him in for emergency surgery and eventually managed to save his life! The next few weeks, Finn was hooked up to all sorts of breathing aids and machines. After a long and arduous recovery period, Finn was back on the streets, fighting crime and saving the day. Eventually, he retired and Dave took him home to live comfortably as his family dog! To thank his best buddy, Dave has been fighting for “Finn’s law”, which pushes for harsher punishments for hurting service dogs. No wonder teary-eyed Simon made a special gesture to this pair after the act. Now that Finn is in retirement, we’re sure he’ll learn many more mind-blowing tricks to keep us all amazed!