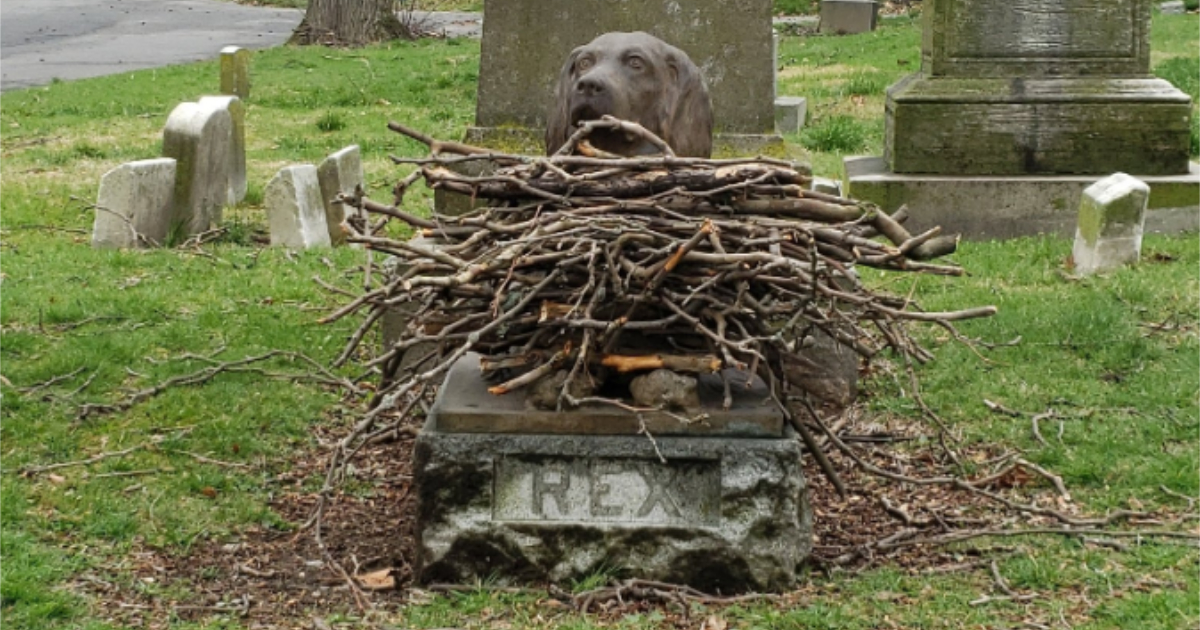 Dogs are not just man’s best friends or home companions, they are also family members. They often play an important role in a person’s life and even in an entire family. These furry adorable creatures are more than just what most people believe they are.

That is why when a dog crosses the rainbow bridge, it pains its owner to an immeasurable level that sometimes it is almost impossible to contain. Moving on is a must but forgetting is never an option if you are a true dog lover.

We do things to remember them like scrolling through their photos and videos when they were still alive. We print their images on stuff that we often use like coffee mugs and shirts. While some people immortalize their dogs’ images by building a statue of their likeness.

Green-Wood Cemetery in South Brooklyn hosts the remains of some famous artists and musicians like Leonard Bernstein, Charles Ebbets, and Jean-Michel Basquiat. But among these famous people, there is another one who is believed to be highly visited by people.

His name is Rex, a dog, and according to people, he’s buried there together with his owner, John E. Stow. Stow passed away in 1884 and he’s one of the city’s most famous fruit merchants.

At Stow’s grave is a bronze statue that’s taken from his dog’s likeness. Based on the statue alone, Rex seems to be guarding his master after all these years – even if he himself had passed away for over 100 years!

Even after life, it looks like he’s still fulfilling his duty as a man’s best friend.

By simply looking at his statue, we are positive that he is. Just look at the pile of sticks on top of his front legs. It goes to show that even if people don’t actually know him, they still acknowledge the image of Rex as a good and reliable companion.

“When it comes to Rex, he obviously stands out. People see him from the road — it’s sort of a prominent spot, right off of the intersection of two roads here,” Stacy Locke, communications manager for Green-Wood Cemetery, told The Dodo.

“It’s right under a tree and there are lots of sticks around,” Locke added. “People will drop a stick across his little paws. Someone also left a picture of a dog there once, maybe their little pet who passed away, as to say, ‘Rex, look after my little one.’”

Even though Rex’s statue is situated on top of Stow’s grave, the dog’s remains being actually buried there is still everyone’s question.

“I think people like to believe that there is a dog interred there and there very well might be,” Locke said. “But it’s hard to say.”

People who had the chance to see Rex’s statue in the cemetery couldn’t help but share it online.

Twitter user @meghanad posted a photo of Rex’s statue and wrote: “I took a walk in Greenwood Cemetery today and looks at all the sticks piled up for the goodest boy Rex”

While another Twitter user named @KevinTMorales wrote alongside Rex’s statue: “In Greenwood Cemetery in Brooklyn there is a gravestone for a dog named Rex. People bring him sticks and place them at his feet because he is still a good boy.”

A dog’s loyalty doesn’t fade and they remain that way for the rest of their lives – even after life.